Chantal Beaulne worked as a storyboard revisionist on the action-adventure series Carmen Sandiego for its first two seasons.
0
Mar 19, 2020 2:00 PM By: Tammy Rollie 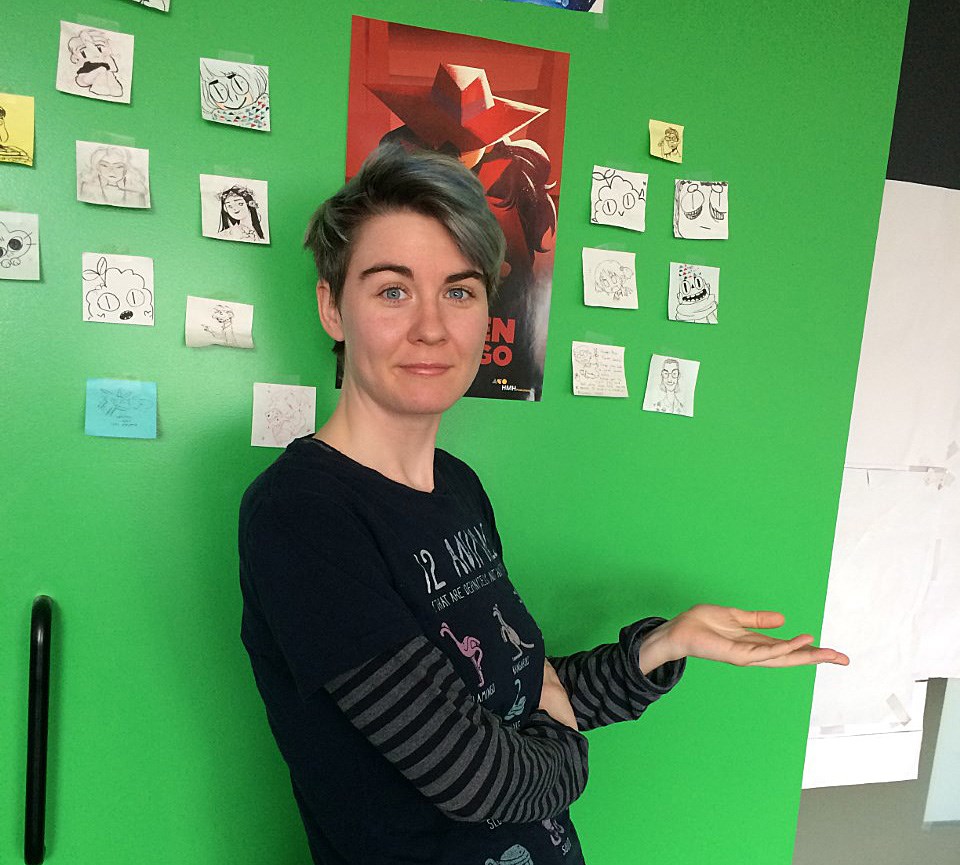 Chantal Beaulne worked as a storyboard revisionist for both seasons of Netflix’s action-adventure series Carmen Sandiego, about a master thief who uses her skills for good while traveling the world foiling V.I.L.E.’s evil plans with help from savvy sidekicks.

“It was very much like being thrown into the ocean and learning how to swim,” said Beaulne of the experience. “There was a certain amount of drowning at the beginning.”

Beaulne, a graduate of Emily Carr University of Art and Design’s animation program in Vancouver where she now lives, was a huge fan of the Carmen Sandiego educational mystery video games as a child.

“I rushed home from school so I could play them on my Windows 98,” she said. “We didn’t actually own the game, I got a copy off somebody else who got it out of a cereal box.”

Each game had a particular theme and subject, requiring the player to use his or her knowledge to find Carmen Sandiego or any of her henchmen.

Beaulne’s copy had a glitch that didn’t allow her to surpass one of the levels, causing the game to crash.

That didn’t hamper her love for the game and she never expected that, a decade later, she’d be part of the creative team to bring Carmen Sandiego to television screens.

“It was really nostalgic to come back to Carmen Sandiego and it was really fun to work on those characters,” she said. “I know a lot of kids my age played at the time but I was super into it.”

Beaulne was tasked to make required changes to the storyboard for every episode, from small expressions on the characters’ faces to entire fight scenes.

“You feel very much a part of the creative process when you work in boards,” she said. “In the boards department you have a big impact on the visual storytelling.”

The work wasn’t easy, particularly with so many fighting scenes.

“You have to have a lot of knowledge of anatomy, timing and physicality,” she said. “It’s very hard.”

Beaulne worked alongside several colleagues she’d worked with on the Netflix animated series The Hollow in 2017.

“We had a wonderful team of people and I was very lucky to be a part of it,” she said. “We were fortunate to have two or three years together. It was a great community with great chemistry. It helped me grow as a storyboard artist.”

Previous to Carmen Sandiego, Beaulne had coloured and shaded characters and scenes for the animated short film Animal Behaviour, which was nominated for an Oscar.

When the series released on Netflix – the first season in early 2019 and the second last fall – Beaulne heard nothing but accolades.

“Everybody has been very positive about it,” she said. “It has a strong fan base and the kids really like it.”

While backpacking in San Francisco last year, Beaulne experienced a bit of fame while talking about her career with a mother and daughter she received a ride to the city from.

“The daughter was a huge fan of the show,” she said. “I felt like a celebrity.”

Beaulne is currently working with the show’s visual effects department.

“I’m the last one to touch it before it goes on screen,” she said. “My job is to make the sequences matches with the emotion, tone and atmosphere. It’s cool to have an impact on the mood and emotion of the piece.”

Beaulne discovered her love for film while taking a new media class at HTA. She graduated in 2011.