One family theatre troupe has rolled with the punches under ever-tightening restrictions.
Dec 18, 2020 12:00 PM By: Brent Calver 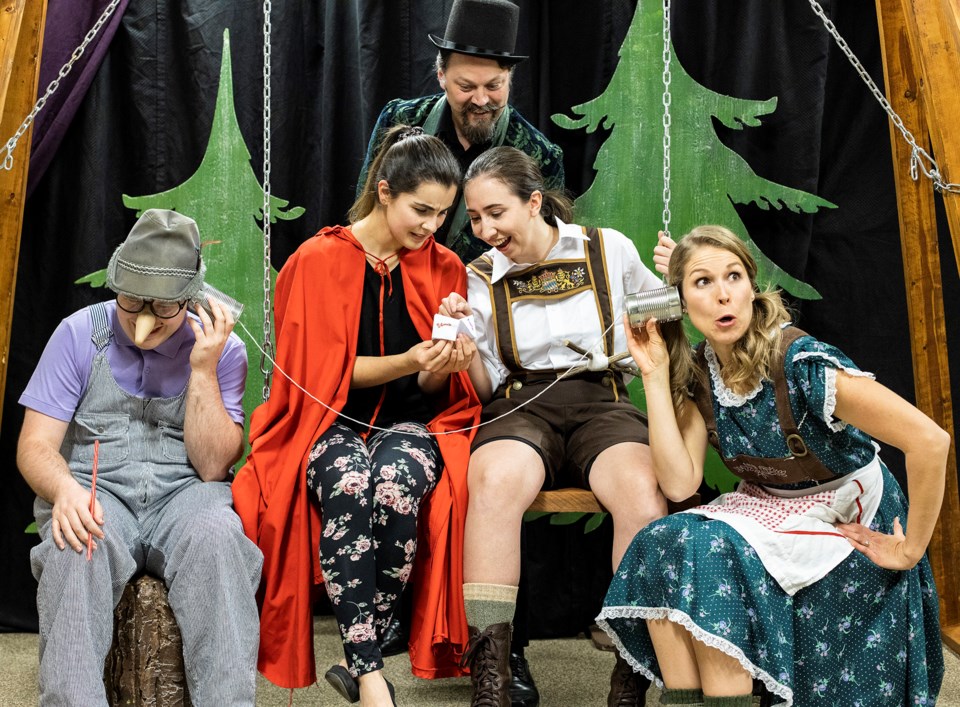 One family theatre troupe has rolled with the punches under ever-tightening restrictions.

Goodger-Pink Family Theatre, which was slated to present its show The Return to the Swing at the Okotoks Cinemas, will shift what was originally a socially-distanced live play into an online performance.

Samantha Bell, the creative director for Goodger-Pink, said when she could no longer have a live play reading in the theatre, they had already begun to take measures that would allow the show to go on no matter what measures may come.

“We have had to move our event completely online, obviously, due to the most recent restrictions, but it is still going to be a live event,” said Bell. “It'll just be live online instead of at the cinema.

“Our plan is to begin by showing our staged reading of Return to the Swing, then we're going to follow that up with a live Q&A session with our actors dressed up as their fairy tale characters."

What was originally an in-person pantomime play has been rejigged and recorded as a Zoom-style theatre piece, with each actor being at their own home, in costume and in character.

Following the showing and Q&A session, there will also still be a prize draws, just as had been planned for the in-person event.

The price has also changed from $8 per household instead of $8 per person.

"We had already revamped it once before that, making it so that the live stage reading was pre-recorded,” Bell said. “Then we just revamped it to have it fully online the other day, and the response has been so great so far.

“Everyone seems to just recognize and appreciate how hard we're working to make this event possible at all.

“We just really appreciate everyone's support so much.”

Bell said the change of format has stimulated its creativity.

“Think if there's a silver lining to having to revamp our event so many times, it would be that it has forced us to think outside the box in ways that we never imagined,” she said.

The players have leveraged the idiosyncrasies of the online meeting format to their advantage with some of the changes.

“Playing around with passing props and stuff like that, in this kind of a platform, is beyond hilarious when it works," she said.

Joe Fowler, who plays Hansel in the performance, has enthusiastically adopted the changes in stride.

“Even just getting together on Zoom and doing a read through put everyone in a really, really good spirits,” Fowler said. “If that is able to lift our spirits, imagine what it can do for the community.”

Fowler has had to change his acting to meet the delivery method.

“It's very different in a Zoom setting, and almost like reminds me a little bit more of film,” he said. “Rather than having like a whole set to play with like an entire stage, it's really like your torso and your face."

It means more on the visual aspect of acting.

“We've kind of been playing around with that a little bit and trying to make our gaze a little bit more visual,” he said, adding that the actors took to putting sticky notes around their screen to give cues where their counterparts would be situated in the end-product.

“We were kind of just playing with everything and seeing what reads well, and what looks good. Like, how are we able to co-ordinate gigs like, how we make it look like we're passing things from one screen to the other.

“We kind of feel like pioneers, you know, it's a very different platform that none of us are really used to and so we're all kind of figuring it out together.

Goodger-Pink's cast includes Joe Fowler as Hansel, Samantha Bell as Gretel, Daniel Rose as Pinocchio, Safia CM as Red Riding Hood, Jay Newman as Rumpelstiltskin. The Return to the Swing and its preceding play Fellowship of the Swing were also written by Newman.

The performance will be shown on Dec. 20 at 2 p.m. and tickets and info can be found at www.gptheatre.com under “Coming Soon.”