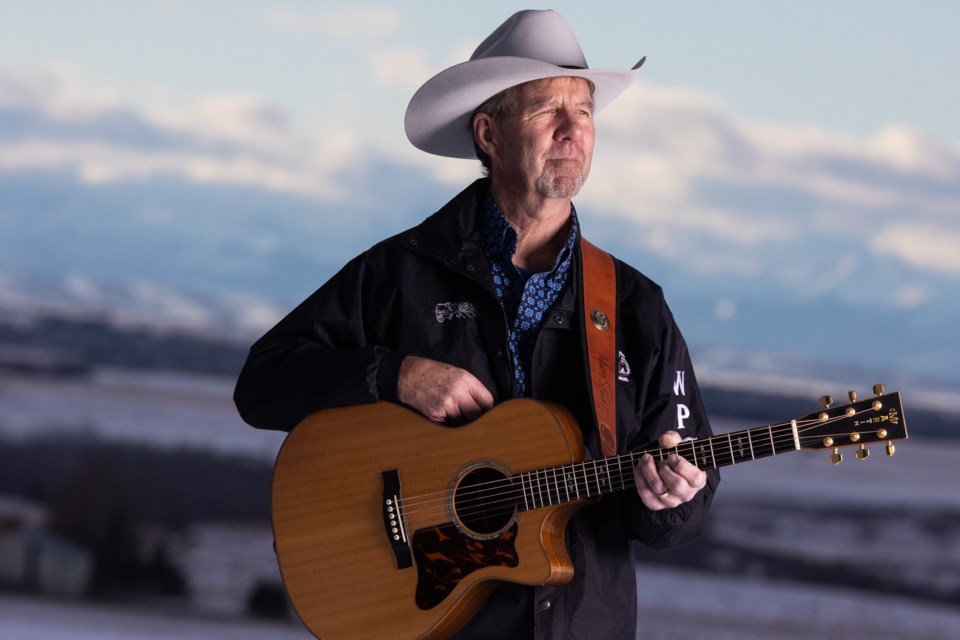 Brent Corrigan, from the Aldersyde area, released the single Bottled Up Inside (Carter's Song) through streaming services on Dec. 18. Brent Calver/Western Wheel

A Foothills area country singer has released what's been bottled up inside.

Brent Corrigan, from the Aldersyde area, released the single Bottled Up Inside (Carter’s Song) through streaming services on Dec. 18.

Featuring vocal and instrumental stylings reminiscent of country music’s golden age, the song deals with loss, not in abstract, but rather a very literal sense.

Corrigan delves into grieving the loss of his son Carter, who died in a car crash in 2014.

While his song deals with a specific incident in his life, Corrigan considers the song to be relatable to a wide audience.

“I think there's not too many lucky people left in the world that haven't experienced tragedy of some sort,” Corrigan said. “I think anyone hearing it can relate and put a picture of someone in their mind that they've lost, even through relationships and not necessarily death.

“It was cathartic writing it for sure. I wanted to write a song ever since we lost Carter six years ago now, but I didn't write it until five years after his death.

With the desire to create the song there, the inspiration eventually followed.

“And I just heard these words 'bottled up' one day, and I thought, well, I could do something with that," he said. “I sort of started right out writing it as a sort of typical country loss of loved thing, and then Carter just kind of took over from there.”

A contractor and renovator by trade, Corrigan has been a musician since he picked up a guitar at the age of 12. While he had performed on stage throughout his life, the single marks his first recorded release.

He and his daughters enjoyed the crooners of the '80s and '90s such as Randy Travis and Garth Brooks.

Corrigan was up by the harmonic vocals of his two daughters Alandra and Marley.

“They're both good artists in their own right and great, great singers,” Corrigan said.

Alandra Corrigan said the song was a great experience for her family to come together around and for the Corrigan sisters to support their father’s musical endeavour.

“It's just been really, really fun to watch the song come together, but then to see it come together for my dad,” said Alandra, an Alberta High School of Fine Arts grad along with her sister Marley.

“It's not just that it's a special song about Carter, but it's a chance for my dad to showcase his musical ability, and for us to kind of celebrate that as well.”

Alandra said the song is genuine.

“To hear a song about loss that's as realistic as what my dad talked about — it's not abstract. It's just really real," she said.

“There's a few good songs, but there's a lot that kind of maybe romanticize loss or there's more of a religious aspect to things, but there's not a lot that really just deal with that inner process of how people cope with loss and grief.

“In hearing my dad's lyrics, it gives me a really deep understanding what he individually is going through.”

Brent Corrigan also credited Bruce Hoffman of High River, who not only recorded and produced the song, but also provided much of the instrumentals and some backup vocals. Hoffman worked in the music and recording industry in the United States — playing in Mel Tillis' band — before moving to Canada.

“He's just a gift to the musical business in Canada, that's for sure,” Corrigan said. “He's just a great musician.”

Bottled Up Inside (Carter’s Song) can be heard on Spotify, Apple Music, Amazon Unlimited Music, and YouTube.

About the Author: Brent Calver/Western Wheel