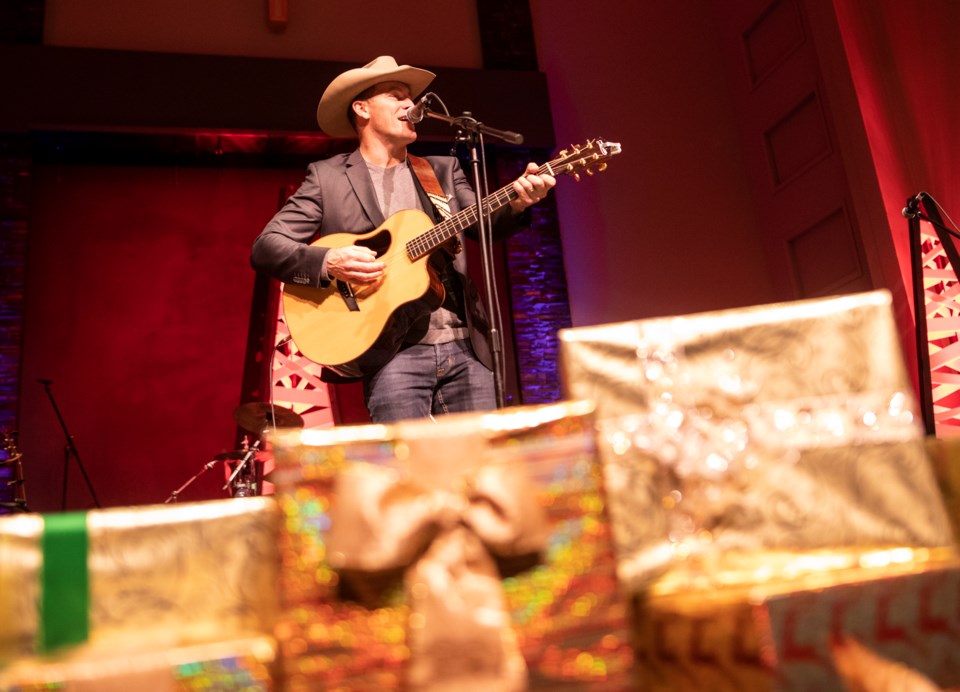 George Canyon is one of five panelists in the Canada Reads competition this week. He will defend the book From the Ashes, written by Canadian Metis-Cree author Jesse Thistle. (Brent Calver/Western Wheel)

A Foothills country music star will feel right at home while battling it out in a live reading competition.

George Canyon is one of five panellists in CBC’s Canada Reads who’ve been tasked to offer their diverse perspectives as they each champion a book, written by a Canadian author, that they feel every Canadian should curl up with.

Each celebrity participant will debate the books he or she selected for the competition June 20-23 on CBC, CBC Gem, CBC Radio and CBC Books. Each day, they will vote to eliminate one book until a single title is chosen as the one the world country should read.

Canada Reads was originally scheduled for March but was postponed due to COVID-19.

Canyon selected From the Ashes, written by Metis-Cree author Jesse Thistle. The book is an autobiography about Thistle’s struggle with addiction while living on the streets of Toronto.

Arguing the book’s worth will be no problem for Canyon.

“For him to be that transparent and that honest, I just look at that with such awe because he tells you everything,” he said. "It’s like you and one of your dearest friends sitting down and having a coffee. With Jesse when you read it’s personal like he’s opening himself up to you. That’s something I’ve never come across before.”

In addition to having a great book to represent, Canyon also expects to have an advantage in debating the book.

“I’ve been in lots of debates, especially as of late,” he said, referring to his run as a Conservative Party of Canada candidate for a Nova Scotia riding in last year’s election. “I was on all my high school debating teams and went to provincial competitions. I love healthy arguments - most people don’t know that about me. They just think I’m a country singer. It’s fun to have a little bit of a shock factor.”

The debates begin with each panellist giving a minute-long opening statement before an open discussion ensues.

“At the end of each debate we have to vote on which book we feel shouldn’t continue,” he said. “It’s going to be hard because I’m not going to criticize the other books. I can’t.”

Each participant was required to read all five books, which Canyon — who is currently working on his memoir — said he achieved in about four weeks.

“I like to sit down and read a good book – I read quite a bit,” he said. “These are all well written books. It was shocking to me how many great authors we have.”

The book Canyon selected, From the Ashes, was a recommended read for the contest and a book that Canyon said was tough to put down.

“I read the first page and I was hooked hook line and sinker,” he said.

In fact, all of the books are strong contenders, said Canyon.

“Each one of the authors I’ve met and got to hang out with and talk with are real people with real stories and incredible talent,” he said. “The whole concept behind this is to encourage people to read Canadian authors because we have so many amazing authors in Canada.”

Another participant, LGBTQ YouTube content creator Alayna Fender, is defending Small Game Hunting at the Local Coward Gun Club by Megan Gail Coles. The book revolves around a cast of flawed characters all connected to a trendy St. John’s restaurant.

Actress Amanda Brugel is defending Samra Habib's autobiography We Have Always Been Here. Habib hid her faith from Islamic extremists in Pakistan and, as a refugee in Canada, endured racist bullying and the threat of an arranged marriage.

Actor Kaniehtiio Horn is defending Son of a Trickster by Eden Robinson about a teen with a complicated life taking care of those around him and getting blackout drunk while shrugging off the magical and strange happenings that follow him.

CBC Books launched a Facebook group for those wanting to read Canada Reads 2020 books together.

Artists to air out their talent in downtown Okotoks clothesline sale
Aug 12, 2020 2:00 PM