Foothills' George Canyon gives his all at Canada Reads 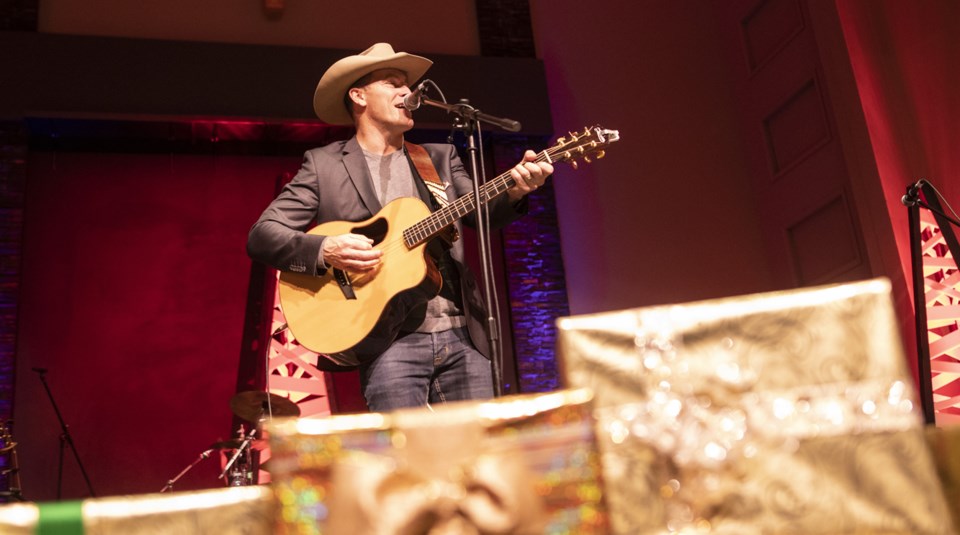 George Canyon was one of five panellists on the 2020 Canada Reads last week. He defended From the Ashes: My Story of Being Métis, Homeless and Finding My Way by Jesse Thistle. (Wheel file photo)

An award-winning country music singer found himself debating a topic out of his element during CBC Radio’s Canada Reads last week.

“If you put me on a show and said we need you to debate and be a panellist for music — someone’s album I was representing,  that’s my stable,” said George Canyon. “When it came to this, I love to read, but I have never been challenged in this capacity.

“I learned a lot, not just from reading the books, but having discussion with the other panellists.”

The Canada Reads' format has the merits of five books debated over the course of four days. A book is voted off the show each evening in Survivor style. The 2020 Canada Reads theme was “One book to bring Canada into focus.”

Canyon was defending the book From the Ashes: My Story of Being Métis, Homeless and Finding My Way, by Jesse Thistle. It was a memoir of Thistle’s struggles as a young child, becoming homeless and drug addict before marrying and becoming an assistant professor at York University.

From the Ashes was voted off the second night.

“I felt bad for Jesse and I talked with him immediately, right after the vote,” Canyon said. “He felt bad and disappointed.

“But like he said, all five books are doing incredibly well.”

Canyon was one of two of the five defenders who did not defend the book from the CBC studio in Toronto. He defended from his Foothills County home.

Although Canyon felt From the Ashes was the strongest book he gave high praise for the winner We Have Always Been Here: A Queer Muslim Memoir by Samra Habib.

It was a book that pushed the envelope for Canyon.

“I love books about airplanes and history,” Canyon said. “I am not going to pick-up a memoir most days. But I really loved the book. Very well written and it felt like I was having a cup of coffee with the author.”

We Have Always Been Here deals with Habib, an Ahmadi Muslim, coming over to Canada from Pakistan and facing a range of issues including bullying, racism, and the threat of poverty, to name a few.

“And that book will help do that.”

We Have Always Been Here was defended by Amanda Brugel, who stars in Kim’s Convenience and The Handmaid’s Tale.

The other participants in Canada Reads were Akil Augustine defending Radicalized by Cory Doctorow, a collection of four novellas that explore the quandaries — social, economic and technological — of contemporary America.

Actor Kaniehtiio Horn defended Son of a Trickster by Eden Robinson about a teen with a complicated life taking care of those around him and getting blackout drunk while shrugging off the magical and strange happenings that follow him. Son of a Trickster was a finalist in Canada Reads.

Canyon called Coles’ book ‘poetry in every line’ but he struggled with the book.

He used his Martimes’ roots to help him out.

“I realized Megan’s style is the way she speaks,” Canyon said. “I spent countless summers in Newfoundland, once I started reading it with the accent, I got it.”

Canyon encourages all Canadians to read the five books.

“I encourage people who might not want to  come out of their comfort zone in what they read to do that and read these books,” Canyon said.

He was steadfast in that From the Ashes best fit the theme.

“Because of his writing style you immediately feel like he’s your best buddy,” Canyon said. “You develop empathy for any friend...

“That empathy is what we really need to develop a passion for change…  What we need in Canada is more passion, people wanting to make a change – removing homelessness and helping with drug addiction.”

Artists to air out their talent in downtown Okotoks clothesline sale
Aug 12, 2020 2:00 PM