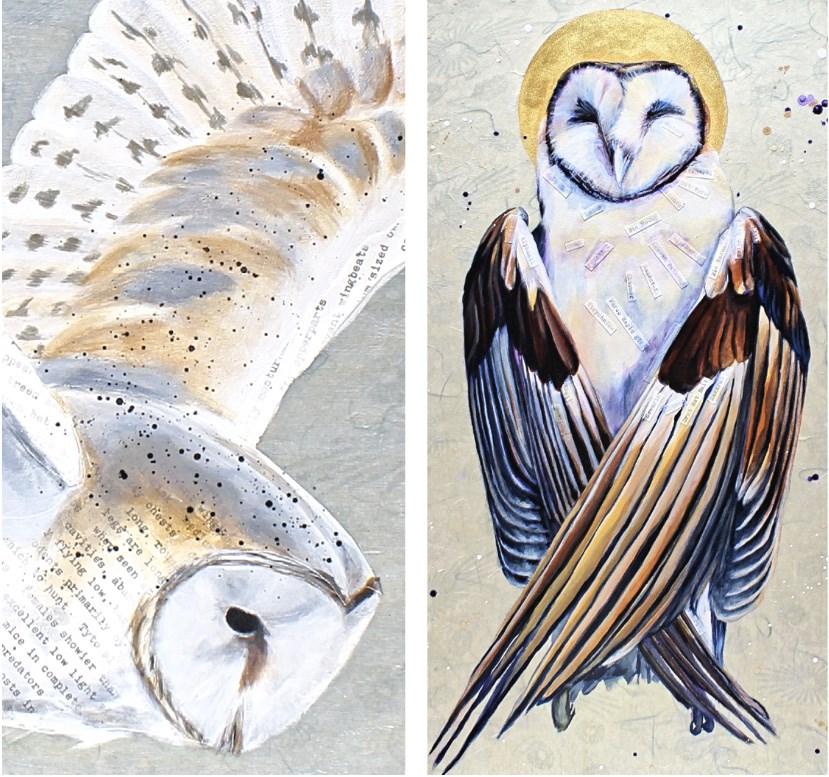 The Leighton Art Centre has announced its two newest exhibits.

Both exploring ideas of changing viewpoints Of a Certain Age delves into aging as a woman and the experiences life brings with it, where Coexistence examines humanity's interactions and preconceptions of wildlife, good and bad.

Running from March 12 to April 17, the two Alberta-created bodies of work will be available for viewing online at leightoncentre.org 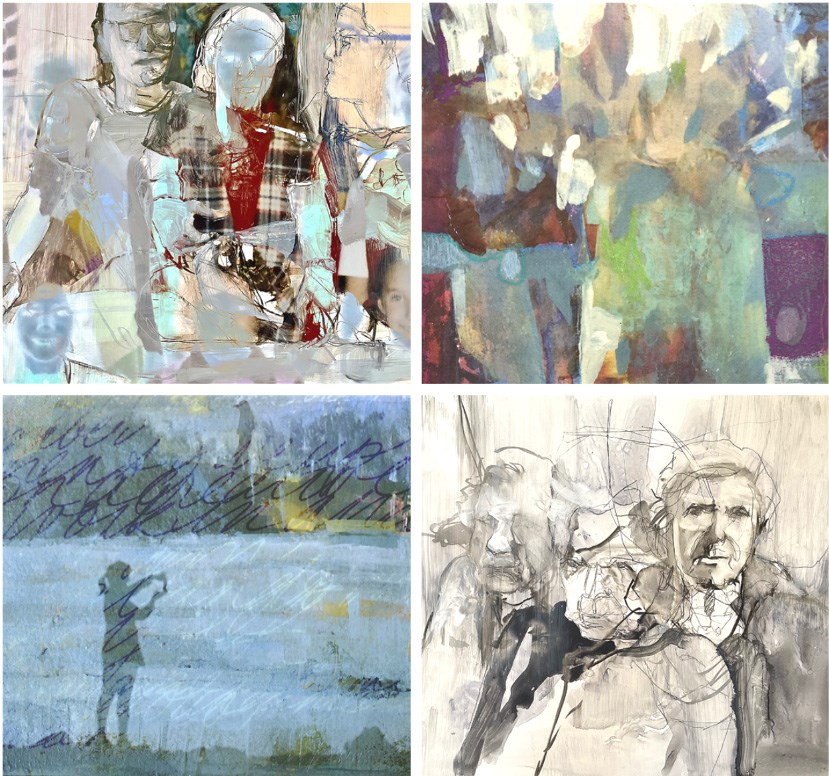 As a duet of established artists Cindy Bouwers and Jean Pederson, the exhibit Of a Certain Age plays off the euphemism for aged women, ‘of a certain age.’. By Images courtesy Leighton Art Centre

Of a Certain Age

As a duet of established artists Cindy Bouwers and Jean Pederson, the exhibit Of a Certain Age plays off the euphemism for aged women ‘of a certain age.’

“I guess I have matured as a woman, and as an artist, it becomes more and more important to not just paint a pretty picture, but to paint things that have some content and that communicate ideas to the viewer,” said Pederson. “Both Cindy and I are creeping towards our next decade, and we've experienced a lot. And those experiences, some of them are very similar, and yet, they've affected us in different ways.

“The journey of getting married, having children, experiencing elder care, and loss, and all the things that happen to most people.

“The honesty in life sometimes isn’t pretty, but it can be beautiful in a different way. It can be elegant.”

Pederson sees living life to ‘a certain age’ as a credential to her ability to understand other viewpoints in a complex world.

“You bring a lot to the table when you get to a certain age, and you have certain ideas, and are more accepting of other peoples’ walk.”

“Part of the photo manipulation, mixed media pieces that I was doing were really trying to see through the eyes of someone else as best I can,” said Pederson. “So that I gain an understanding and acceptance of people and try not to be judgmental.”

She hopes the body of work will spur others to keep an open mind.

“It will impact your work and it’ll make a shift, it’ll make a growth in some way that I think will give you a richer satisfaction when you’re making work," Pederson said. “I hope that it inspires people to understand that we all have a certain sensitivity to how we perceive things and to really step back and try to look at the whole picture, not just one narrow point of view.”

For Bouwers, the show gave an outlet to the years of experiences and ideas that have grown throughout her life.

“This show is like a chance to look through the past and see how did I get here, and man, it happened pretty quickly that I've come to this certain age," Bouwers said.

It’s a chance for her to express, “feelings of gratitude and appreciation for people that have been in my life and have helped me along the way.”

She was born to Dutch immigrants, her grandparents with their 12 children moving to Canada from the Netherlands in the early ‘50s.

“They had to work hard, and art just wasn’t something that was in their frame of reference,” Bouwers said.

Many of the images used in her works are from her own personal albums and history.

One piece features a photo of her grandparents’ family disembarking a ship at the historic Pier 21 in Halifax, where many Dutch expatriates arrived in Canada hoping to start a new life following the Second World War.

“You kind of realize there's been a fair amount of sacrifice to help the next generation do what they want to do," she said. "When I look at all that history, I wanted to pay tribute to that in some of the work.”

The exhibit also shows progression in her life as a woman and speaking as a woman of a ‘certain age.’

“In their 50s and 60s, they start to feel I think sometimes they become a little bit invisible,” she said.

Part of that progression for Bouwers was the transition from professional designer to fine artist.

A set of pieces painted in a more abstract style were her expression of the artistic freedom that came with being more established later in life.

“I love doing it because it stretches me, and it’s part of exploring new things,” she said. “I’ve got enough confidence in my abilities as an artist, I can go off and do stuff that’s a little different.”

The creation of former environmental scientist Terra Simieritsch, Coexistence delves into the unintended effects humanity has on wildlife and people's biases toward or against various animals.

One of her first larger pieces of artwork was of a magpie, which turned out to be incredibly polarizing for viewers.

“It was so interesting to me how people just reacted so viscerally to this piece of art,” she said.

One of the prominently featured works in the collection is of dead barn owls, wings folded with a halo behind its head.

The painting is a commentary on the unintended consequences humans have on their surroundings, Simieritsch said. In this case, it was the problem of rodenticides (rodent poisons) making their way up the food chain and killing other animals that prey on mice, such as barn owls.

Along with paint and sculpture, Simieritsch has inlaid other mediums such as typewriter paper.

In the case of the dead owl, it lists the names of rodenticides.

Some of the stories that Simieritsch worked into her art came from Alberta Institute for Wildlife Conservation.

“Some of the specific imagery, particularly around the magpie inside of the cage, that comes from specific stories that I've heard of animals that they were rehabilitating, or unable to rehabilitate,” Simieritsch said.

Her work, which even features a bed bug painted in a flattering way, is about challenging biases.

“I want people to think about their preconceived notions about specific species,” she said.

“It’s about people kind of taking a second look at species because they're confronted with it in different ways.”