From trepidation to jubilation.

After weeks of uncertainty dissipated with the Province’s staged reopening the Alberta Dance Academy’s Drive-In Dance Recital went off without a hitch with eight studio performances and two competitions held at the High River Sunset Drive-In from June 18-27.

“If you would have asked me three weeks ago I kind of thought this dream had been pulled away from us,” said Alberta Dance Academy artistic director Erica Hendry. “They locked us down again, we were on Zoom again and I thought ‘oh my goodness, three months of work down the drain and these dancers are going to have this ripped away from them again.’

“Just seeing these kids take the stage these last two weeks, it’s kind of been a magical place.”

ADA teamed up with Daniel Bowie at DB Visuals and David Williams at AVHD Visual Solutions to host the event for other studios as COVID-19 restrictions hit dance studios and their ability to hold events significantly over the course of the pandemic.

The performances were broadcasted live on a giant LED screen at the Drive-In with a livestream of the event made available for those not able to attend in person. “We’ve been able to watch each studio have their moment to shine and share in the joy and celebrate these kids,” Hendry added. “When you think about the fact they’ve battled through 15 or 16 months and most of that time on Zoom, it’s pretty remarkable.

“It was pretty special, there were a lot of tears shed, joyful tears. It’s been pretty amazing, I really didn’t think it was going to happen.

“These kids are crazy resilient and wanted to do this so bad, they’ve dance in windstorms and rain, blistering heat and they don’t care. They’ll just do it because it’s been so long.”

The scope of the event was immense with eight studios holding its own performances and two dance competitions held.

Hendry estimated 800 to 1000 dancers took to the stage over the two weeks, including 83 from ADA. 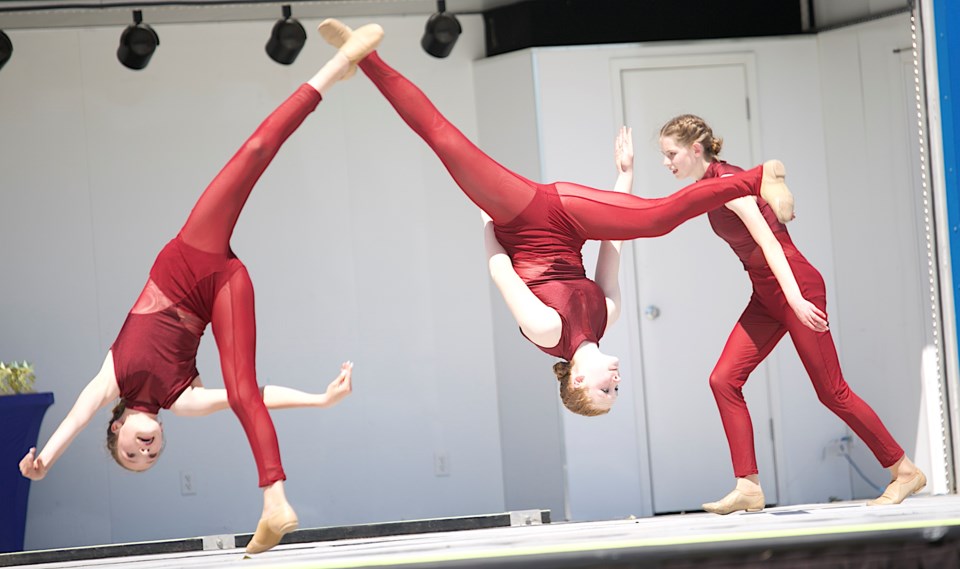 “It’s been really cool and really different because usually a competition is spread over three or four days,” said Charlotte Robinson, a senior competitive dancer and instructor with ADA. “Here it’s just everyone shows up and dances in about three or four hours.

“But it’s so lucky because I didn’t think I was going to get to compete this year so it’s really awesome that we get to do this.”

Robinson, finishing up her Grade 11 year, noted the absence of competitions during the pandemic have only made the heart grow fonder.

“Really, we didn’t think we were going to get to do it, last year it was cancelled two days before we were supposed to go on stage and that was heartbreaking,” she said. “I feel so fortunate and so lucky to get to be here with my team. It’s been 10 years that I’ve been dancing with these same girls and next year is my Grade 12 year so this is one of my last competitions.”

A dance instructor for the pre-school aged dancers said her group has stuck with it through a year on and off Zoom sessions.

The recital was a just due reward for everyone.

“They get the chance to go up and perform and for lots of them it’s their first recital,” Robinson added. “And it’s really different than a normal recital, but I’m super excited that they still get to be on stage.” 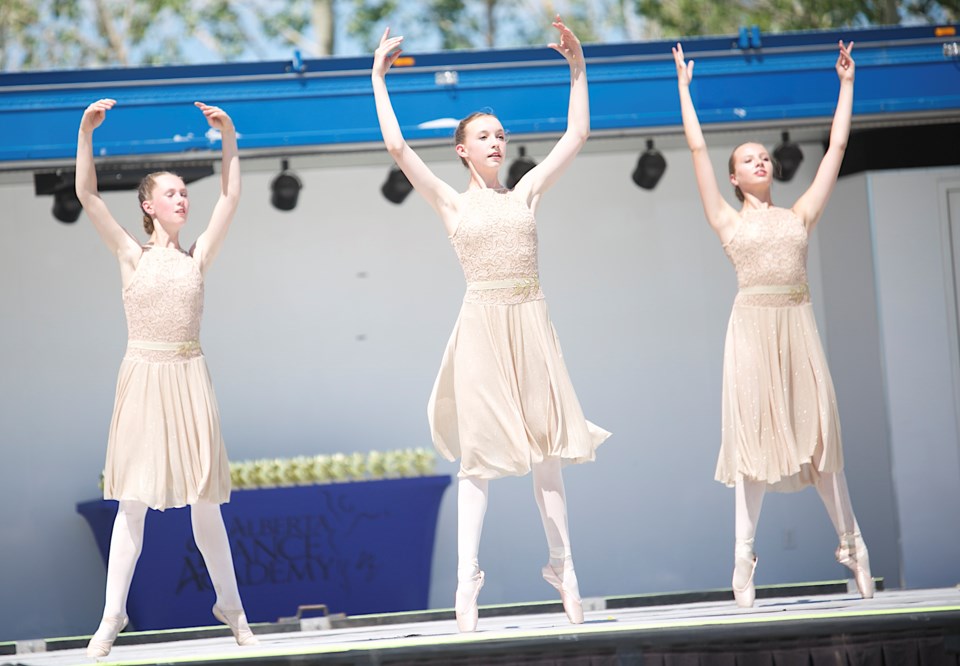 The stage was set due to a strong working relationship with venue ownership.

Roger Hamel, co-owner of High Rive Sunset Drive-In, said they receive a number of requests for functions, but to date have only allowed had fundraising events for the Foothills Country Hospice and High River & District Healthcare Foundation.

“We wanted to try this (Drive-In Dance Recital) because it’s new to us, the whole facility is new to us and we’re glad we did because it came off extremely well,” Hamel said. “They did a great job especially given the times we’re in, attendance was incredible and it just gets people out in the Foothills area. The owners of the Drive-In don’t think Okotoks and High River, we think Foothills.

Hamel added the Drive-In features movies every Friday and Saturday with half of the proceeds being donated to local charities. 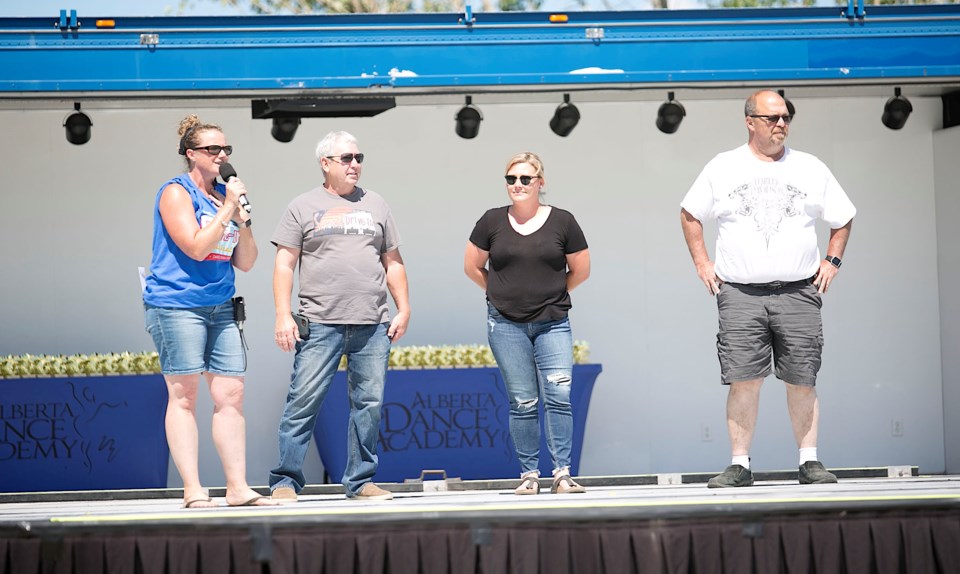