Sheldon Zandboer will return to Okotoks to play a wide selection of tunes on the community piano May 20 from noon to 1 p.m. in a live Facebook concert.
0
May 8, 2020 8:00 AM By: Tammy Rollie 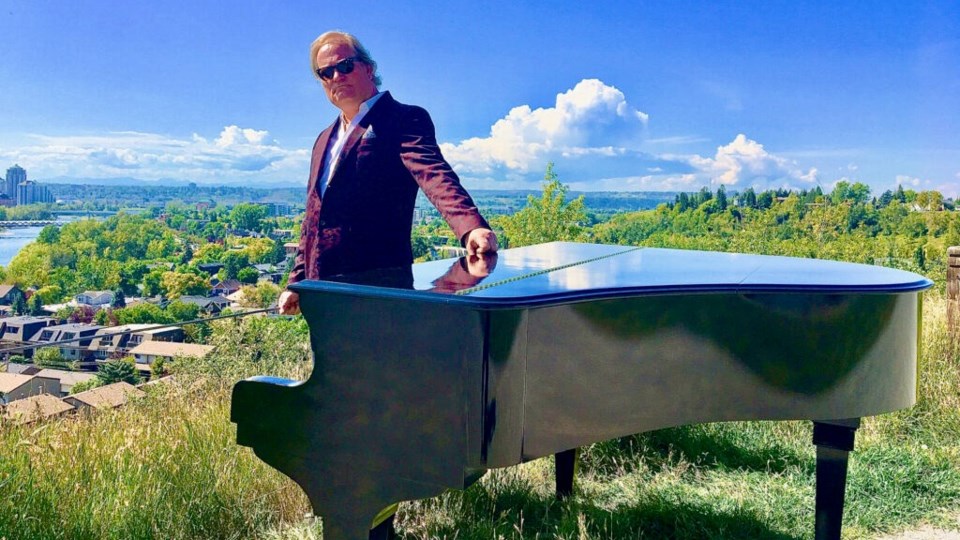 Calgary pianist Sheldon Zandboer will return to Okotoks to perform for the Picnic at the Piano live Facebook concert. (Photo Submitted)

Although Okotoks’ downtown plaza has been eliminated from this year’s first Picnic at the Piano concert, audience interaction will be in abundance.

Calgary pianist Sheldon Zandboer returns to Okotoks to play a wide selection of tunes on the community piano May 20 from noon to 1 p.m., but rather than perform in the Olde Towne Plaza, he will play indoors at the Rotary Performing Arts Centre (RPAC) while the concert streams on Facebook.

“We’re going to be streaming at least the first two live through our Facebook page at RPAC,” said RPAC event assistant Andrea Spiers. “I think this is the safest way for everybody involved. We don’t want to attract a crowd.”

The Picnic at the Piano Live Facebook Concert is continuing the momentum of Okotoks Culture and Heritage’s RPAC@Home Concert Series that began last month and streams on alternating Wednesday evenings. A local singer is featured at each concert, often performing from his or her home.

With Picnic at the Piano, a monthly tradition in Okotoks from May until September, Spiers said it was logical to take a similar live stream approach.

“We didn’t want to cancel something that we could still bring to the community,” she said. “A lot of people come to Picnic at the Piano and bring their lunch and enjoy the plaza. We still wanted to bring that to everybody, but instead we will project a picture of the plaza when it’s in bloom behind Sheldon so you feel like you’re at the plaza outside having a picnic together.”

“It’s a way keep it interactive and feel like we’re all there,” she said.

Zandboer, who began studying classical piano since he was four and was a multi-keyboardist with the Calgary Stampede Young Canadians Grandstand Show, said he is up for the challenge.

The Edmonton native studied music performance/composition at the University of Calgary before moving to Toronto to study at the Humber College of Applied Arts and Technology. He’s since played across Canada and Europe in studios, casinos, the circus, jazz clubs, festivals, theatres, dance clubs, cruise ships and the National Ballet.

While the stage in Okotoks will be small and with no visible audience, Zandboer, who has played for Picnic at the Piano twice before, is looking forward to his virtual performance.

“People will be able to submit their request in real time as I’m playing,” he said, adding he took audience requests at his last Okotoks performance on pieces of paper. “The person that’s going to be filming it on Facebook live is going to keep me on top of the requests as they come in.”

Requests at his last Okotoks performance included songs by Johnny Cash and in movies like Beauty and the Beast and the Wizard of Oz, as well as television show themes.

“It just goes all over the place,” he said. “It’s a real challenge and a lot of fun for me. The more fun it is the better it is.”

The Picnic at the Piano Live Facebook concert is hosted by the Town of Okotoks Culture and Heritage department and sponsored by the Okotoks Arts Council.

To view the Picnic at the Piano live Facebook concert go to https://www.facebook.com/OkotoksCulture