Calgary opera duo warming up their vocal cords in Okotoks

Barbara King and Kathleen Morrison are performing a dress rehearsal for their Divas Opera concert in Calgary at Okotoks’ Calgary Piano House Sept. 13 at 2 p.m.
Sep 10, 2020 12:00 PM By: Tammy Rollie 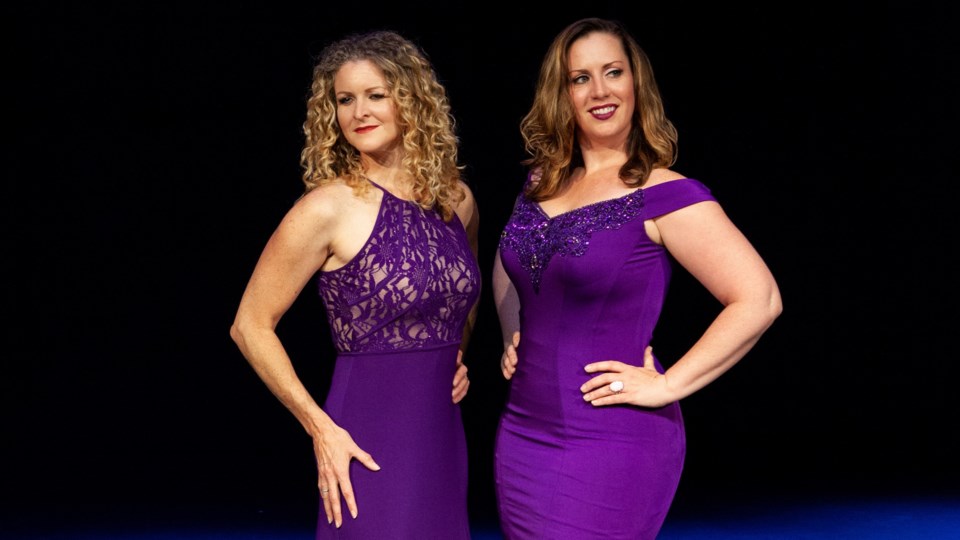 Opera fans will get a sneak peek of a live opera show, set to hit Calgary, at an Okotoks acreage this month now that the Divas Opera are back onstage and singing for live audiences.

Calgary opera singers Barbara King and Kathleen Morrison will warm up their vocal cords at Okotoks’ Calgary Piano House Sept. 13 at 2 p.m. at 47 Big Rock Trail in a dress rehearsal for their Divas Opera concert, which will take place at Calgary’s Marriott Hotel rooftop patio on Stephen Avenue Sept. 15.

The dress rehearsal and concert will be accompanied by Okotoks’ Carlos Foggin on piano.

Traditionally, King’s opera performances in Calgary are paired with a performance in Okotoks, and the vocalist wants to keep that tradition alive.

“We’ve always done a show in Calgary and then in Okotoks because we have a huge following here,” she said. “Okotoks is a little far from downtown Calgary and it’s a Tuesday night so we thought lets open it up to the public so they get to see the concert too. Let them know we’re back in action.”

King said Art Gieck is hosting the dress rehearsal at his acreage, inviting up to 100 spectators to sit on his lawn and enjoy an afternoon of music.

“It’s a private residence, but it’s open to the public,” she said. “People can park on the grass and sit in their cohorts. We’ve got all of the procedures in place.”

King and Morrison had a province-wide concert tour planned for Divas Opera before concerts across Alberta were cancelled as a result of the COVID-19 pandemic.

As soon as the Province gave the green light for performers to sing for audiences of up to 100 people, the duo was ready to hit the stage.

“During COVID, we went online and did a lot of physically distanced duets,” said King. “I was in my house and Kathleen was in her house. We recorded them on our separate devices, put them together and put them online as duets.”

The Divas Opera concert will include operatic duets, arias and musical theatre.

The ladies will perform a “divas medley” with songs from such pop artists as Whitney Houston, Mariah Carey, Adele, Madonna and Celine Dion. They will also sing separate arias from the opera Adriana Lecouvreur including Acerba Volutta and io son l'umile ancella and together will sing Ah, guarda sorella from Mozart’s Cosi fan tutte.

“We needed to bring the arts back to life again,” King said.

Tickets to see the dress rehearsal cost $15 and can be purchased here or at the door. Portable toilets and handwashing stations will be on site.