Calgary musicians swinging into the Foothills 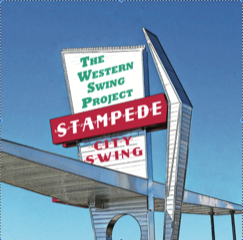 Western swing music won’t be heard on the Top 40 charts anytime soon, yet a couple of Calgary musicians can’t get enough of it.

“Most people around here have no idea what western swing is,” said Neil Bentley, who plays bass and sings for the Western Swing Project Band. “This is our hobby band. This is what we do for fun.”

The Western Swing Project Band contains some die-hard swing musicians who are keeping this old-style music alive with about a dozen performances a year.

While it doesn’t bring home the bacon for Bentley, who sings and plays bass for the band, he loves doing it too much to give it up.

“Eight people playing eclectic music, we’re not going to be making a lot of money,” said Bentley, who owns Discovery Music in Lake Bonavista. “If there’s an audience for us it would be cowboys because an awful lot of them spend a lot of time in Texas and New Mexico and places like that where there is still a lot of western swing music going on.”

The Western Swing Project Band is performing for the On the Edge Concert Series in the Red Deer Lake United Church Jan. 19 at 3 p.m., providing music styles and genres from the first half of the 20th century including Texas fiddle tunes, jazz, big band swing, Spanish American folk songs and Mississippi blues.

The core unit of the band includes Bentley, Dave Hamilton on guitar, vocalist Steve Bridgett on keyboard and vocalist John Thiel on guitar.

In the early 1980s, Bentley, Hamilton and David Wilkie warmed up for rehearsals at Ian Tyson’s ranch and founded the Great Western Orchestra, producing an album of country shuffles, ballads and western swing tunes and featuring a range of well-known musical guests.

“We always liked western swing music,” said Bentley. “Some of the best musicians around, that’s the kind of music they were playing. We just got better and better at it.”

Bentley’s background is swing all the way back from his late teens while Hamilton comes from a country music background.

“When I was growing up the people I was learning from were playing in big bands,” Bentley said. “I’ve been playing about 35 years.”

Bentley and Hamilton grew up in Calgary and travelled extensively as working musicians in various styles of music.

He said western swing music originated as a musical collaboration from the first settlers in the United States.

“They all started mixing this culture together and had different things to contribute,” he said. “In the north it was done with horns and pianos and in the south they had guitars, fiddles, portable instruments, because the cities weren’t as established and didn’t have high populations. It was the same style of music but with different instrumentation.”

It was in the ’30s and ’40s that western swing became a hit in the southern states, said Bentley.

“They could fill a dance hall in southern California with 15,000 paying customers,” he said.

The form of music became highly-popular with Bob Wills and the Playboys in the 1930s and 1940s.

Since forming three years ago, Bentley said the band brings western swing to areas where people aren’t so familiar with the music.

“The first thing we usually play is a melody of western themes from TV shows and movies that lasts about 15 minutes,” he said. “The comment is, ‘I know every single one of those songs and I have no idea why.’ It’s because they heard them as a child on TV. It’s happy music. It’s incredibly danceable.”

Tickets to see the Western Swing Project Band perform cost $25 for adults and $10 for youth. Children ages 12 and under are free. Tickets can be purchased at redeerlakeuc.com or by calling 403-256-3181 ext. 5.