Okotoks’ culture and heritage department is launching its Art House Film Series@RPAC, which runs once a month starting Sept. 15.
Sep 14, 2020 8:00 AM By: Tammy Rollie 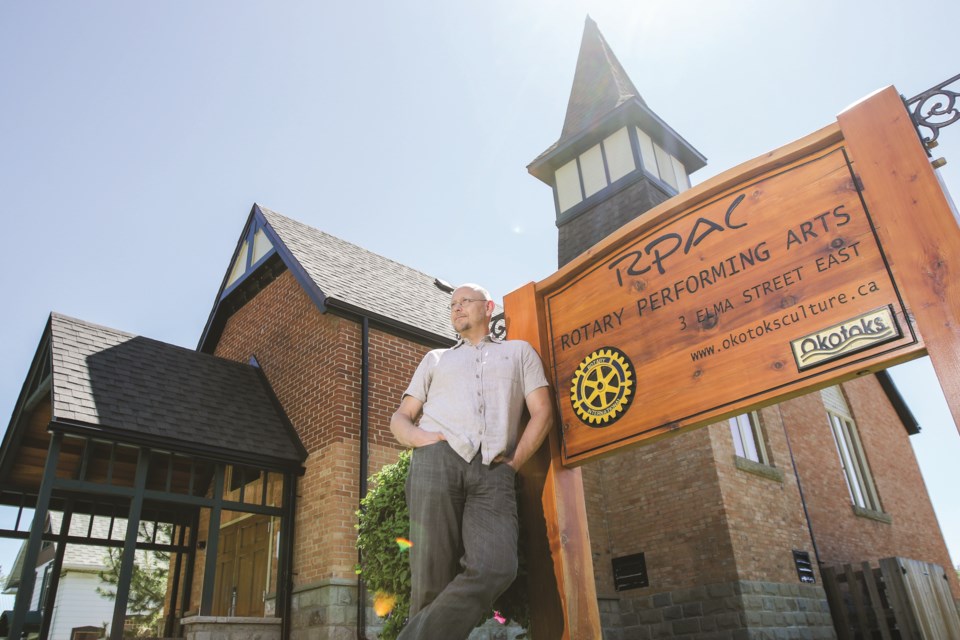 Okotoks’ culture and heritage department is giving a whole new meaning to the term ‘movie night’ with its latest initiative.

The Town is launching its Art House Film Series@RPAC, which runs once a month on Tuesday evenings at the Rotary Performing Arts Centre (RPAC) from Sept. 15 to June 8 beginning with the screening of an independently-produced film followed by audience discussions.

“These are the type of films that don’t come to our regular theatres or, if they do, they come for one night and disappear,” said culture and heritage manager Allan Boss.

Boss initially introduced art house films to Okotoks when the Town opened RPAC a decade ago, but interest was low. In hopes for a larger audience, the Town switched to more popular films but Boss said the audience diminished further likely due to the accessibility of popular films on Netflix, Crave and Amazon.

With many restrictions surrounding the COVID-19 pandemic, including a 50 person maximum allowance for indoor social gatherings during Stage 2 of Alberta’s Relaunch Strategy, Boss felt it was the perfect time to reintroduce art house films to Okotoks.

“Because of COVID-19, we had to sit back and start thinking about how the theatre is going to function,” he said. “Because we’re not allowing full audiences, this is a series where we could invite an intimate group in that facility safely to enjoy a film that they wouldn’t be able to get anywhere else.”

First to roll is the 2018 independent two-hour Japanese film Shoplifters, which tells the story of a non-biological family that relies on shoplifting to cope with a life of poverty. The screening will be followed by a discussion led by Boss.

“I will pose some questions that we might be able to answer and then we can have a little chat about it," he said. “When I went to school I did a lot of film studies and that was always something very intriguing to me was not just experiencing the film, but talking about it afterwards and making discoveries and hearing perceptions from other people."

Boss said discussing films is half the fun behind the Art House Film Series.

“This is the world saying these are the best art house and international films,” he said. “It should be an eclectic series of films that is unlike any other reel experience seen in Okotoks. It’s a great opportunity for people to have some real intellectual discussion around film, which is one of the most beautiful art forms.”

Tickets to view the movies cost $10 each or $50 for a 10-pass. Tickets are available on Showpass in advance only.