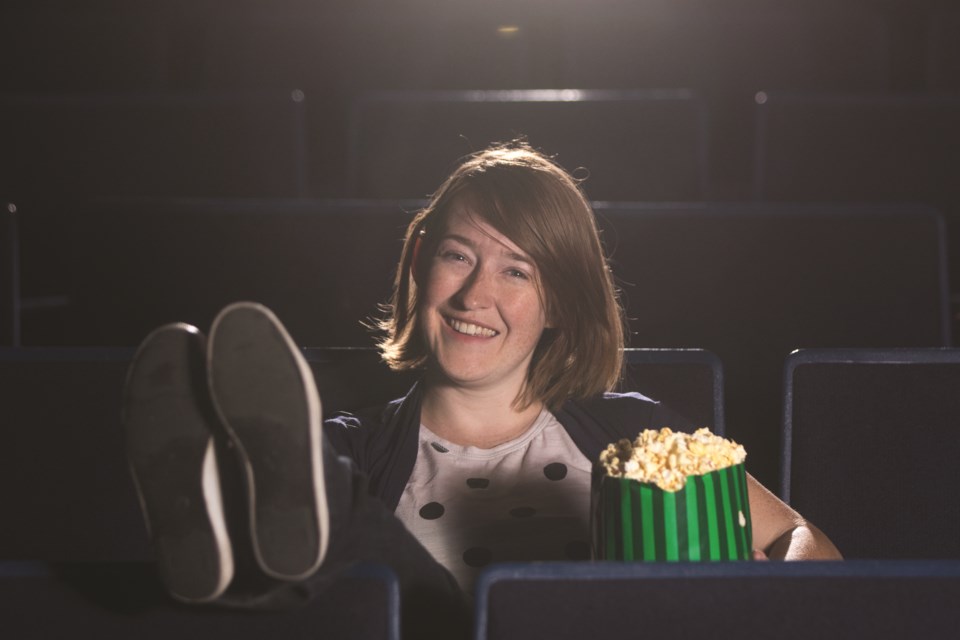 When teen Callum LeBlanc sits in the movie theatre this weekend, it will be his film playing on the big screen.

The 15-year-old Okotokian entered his 10-minute film Charged in the Okotoks Film Society’s Zooom Youth Film Festival, which is hosting a red carpet gala where 14 films created by youth will be screened followed by an awards ceremony Sept. 28 at 4 p.m. at Okotoks Cinemas.

LeBlanc said he’s been making films since receiving a laptop with movie editing software for his 10th birthday.

It was after attending the Okotoks Film Society’s summer filmmaking workshops that brought his filmmaking to the next level this year.

“I started with short movies and they progressively got longer and more complex,” he said.“Once I started to bring my friends into it, I started enjoying filmmaking and I wanted to do it all the time.”

With help from friends Isaac Lee, Ian Lee, Dylan Byer and Xana Sharkey, LeBlanc created Charged with inspiration from the Blade Runner series. The movie tells the story of a man in a race to obtain life-saving medicine for a sick friend.

“I fell in love with the esthetics of those (Blade Runner) films and I wanted to do something like that, but on a much smaller scale,” he said.
“I had written the barebones of the story myself. I was thinking of a two-minute film, something very short, but we all started adding more to it. This is very different from anything we’d ever done before so I thought I might as well see how it does at the film festival.”

LeBlanc said the film was shot at night at both the Okotoks Recreation Centre and Good Shepherd School.

“That was a little challenging trying to find the right amount of light, but the esthetic that I was going for works really well at night,” he said. “There’s something I love about playing around with artificial light.”

When the final product was complete, LeBlanc was over the moon.

“I’m surprised it turned out this good,” he said. “I think it will be amazing. Even if it doesn’t do well I can’t wait to see it on the big screen.”

“The quality skyrocketed,” she said. “There are a couple of films here that would be a very easy consideration for the Okotoks Film Festival where we only show professional artists.”

Fournell said the youth put a lot of time and care into their projects.

“We have puppets, special effects, extensive sound editing, extensive lighting,” she said.“A lot of the things they’ve done this year, while there might still be some training needed to teach them how to do it, the fact that they took the time to do it in the first place is huge.”

Ten of the 14 submissions came from the Alberta High School of Fine Arts filmmaking class while the remaining four were from youth who attended the Okotoks Film Society’s summer workshops, said Fournell.

“We are trying to bring more films and professional artists to Okotoks and the best way to go about doing that is to teach our up-and-coming artists, our youth, that this is a place that they can make movies and get excited about the projects they’re working on,” she said. “We want them to feel like this is a good place to be and work in the arts.

“I really think it’s a big thing for these kids to have these films out for the public to see. It’s a huge step for filmmakers to be in a film festival and have people see their stuff.”

The winning film in the festival will be screened at the Okotoks Film Festival next spring. The winner will receive equipment rentals towards a future film project.

Tickets to attend the Zooom Film Festival cost $10 and can be purchased at okotoksfilmfestival.ca