Wendy Portfors' short story published in Chicken Soup for the Soul: Angels All Around
0
Aug 23, 2019 3:40 PM By: Tammy Rollie 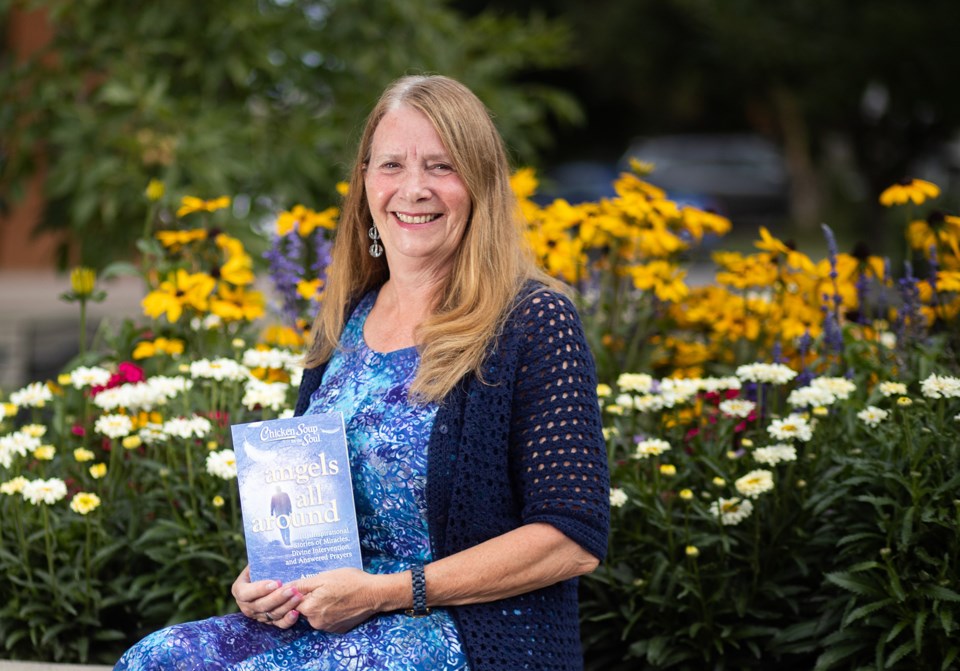 A Turner Valley writer hopes her latest publication will put smiles on the faces of those dealing with loss and grief.

After losing her husband of 39 years to an inoperable brain tumour in 2013, Wendy Portfors has been writing about the experience with hopes of helping others.

Her latest publication is a short story in Chicken Soup for the Soul’s upcoming edition Angels All Around. The book will be available in retail stores on Aug. 30.

“It’s pretty special to me,” said Portfors. “They have been so many different titles to help people dealing with teenagers, dealing with loss, finding your place in the world, finding purpose. I used to read other people’s stories to try to find comfort. Now I think somebody will be reading my story and hopefully getting comfort from my story.”

Portfors said she submitted the short story at the encouragement of fellow writers after joining writing groups and webinars following her husband’s passing.

The story she had written was called Snow Angels, which is one of six profiled on the back cover and was selected for the Chicken Soup for the Soul Podcast.

It tells about how after Portfors’ husband passed away she purchased a memorial bench in a wetland area in Sherwood Park, where they lived at the time. Two weeks later, while walking by the bench, she saw two perfect impressions of snow angels nearby.

“When we lived on a farm we would go out in the field and make snow angels,” she explained.

In the story, Portfors tells how there were no footprints around the snow angels, and how she saw it as a sign from heaven. Her late husband, Brian, was bringing her comfort.

Portfors originally submitted the short story for Chicken Soup for the Soul’s Miracles from Above in 2015, but was told it didn’t quite fit that category and would be saved for an upcoming edition.

When she learned it would be used for the Angels All Around book, she was ecstatic.

“When I got the email that said I was a finalist I danced around the house,” she said.

This isn’t Portfors' first publication. She self-published a children’s book several years ago, about her golden retriever’s adventures when she and her family moved from the city to a farm, which she sold to friends and family.

In 2016, she self-published the book Remembering Love, which tells the story of her life being married, her husband’s diagnosis, care giving for him and her experience being widowed after a long marriage.

“It’s not an easy read for everybody but it helps those who are grieving loss,” she said. “Where I used to get support I’m now giving support to encourage others to realize there’s a lot of dark days, but one day it will be brighter.”

Since the book was published, Portfors said she’s spoken at support and grief groups in Calgary and Sherwood Park, and did a reading at the Sheep River Library where she donated one of her books.

“We either write something focused on words or a subject, and we read to the group and we get critiqued,” she said. “You get support from other writers.”