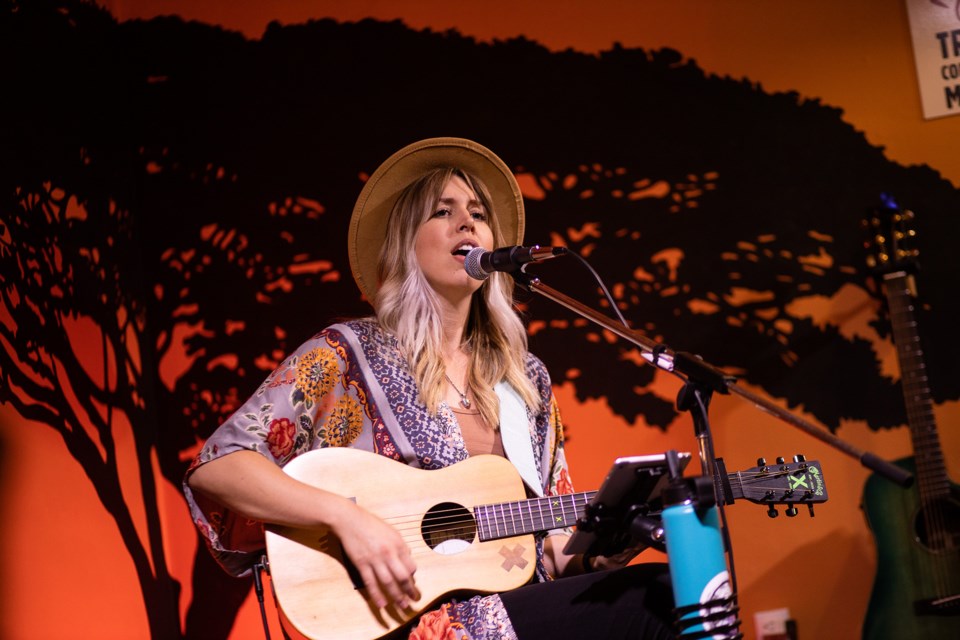 Tanya Ryan hits the stage at the RPAC Oct. 21 for a livestreamed concert.

An Okotoks singer is hitting her home-town stage in order to entertain people at home on a snowy night.

Tanya Ryan headlines the RPAC@Home concert Oct. 21 live from the Rotary Performing Arts at 7 p.m. The concert will be livestreamed from the Town of Okotoks YouTube channel at www.youtube.com/user/townofokotoks/videos

Ryan can belt out country classics like Patsy Cline's Crazy to touching songs she has penned herself.

Meanwhile, all her concerts are delivered with her sometimes self-deprecating, humourous and touching stage presence.

Ryan has been writing and performing professionally since 2012; since then she’s played on numerous esteemed stages including Big Valley Jamboree’s Main Stage, and the Coke Stage at the Calgary Stampede. In 2017, she was a top 3 finalist in Alberta’s Project Wild.

She is an ambassador for The Rowan House Society and an enthusiastic hiker.

Ryan is a new mom.