Singer to feel right at home at Turner Valley concert

Prairie balladeer Scott Cook will kick of the Beneath the Arch Concert Series' season with an intimate concert Sept. 28.
0
Sep 26, 2019 9:00 AM By: Tammy Rollie 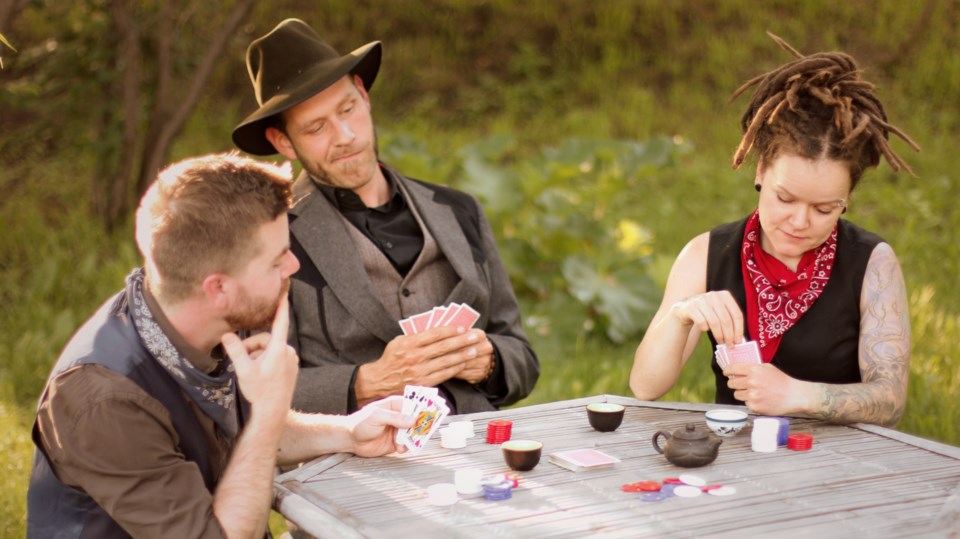 A world-travelling prairie balladeer will return to the Foothills to play for one of his favourite audiences this weekend.
Edmonton-based singer/songwriter Scott Cook and his band The Second Chances will kick off the Beneath the Arch Concert Series season with an array of folk/roots originals, and a couple of covers, in an intimate concert in Turner Valley’s Flare ‘n’ Derrick Community Hall Sept. 28 at 7:30 p.m.
“I’ve played in Black Diamond, Okotoks and Nanton so I know a few folks there,” said Cook, who is touring in the northeastern United States. “I love Alberta. I have connections to a lot of places but Alberta feels like home to me.”
Cook said the musical bug bit him in high school, which he attended in Edmonton, where he first delved into punk rock music, then hip hop and other genres before settling on roots and folk music while living in Taiwan.
When Cook moved back to Canada in 2007, he played full time at cafes and bars before moving into a van. He’s been on the road ever since playing his mixture of originals and covers.
“I gradually started getting better gigs, playing in a lot of people’s living rooms and at concert series,” he said. “Concert series was a gig that was on my radar in those early days when I was just playing in bars and that sort of thing.”
Cook said it’s a dream come true to play for a captive audience.
“Pretty much nowadays whether I’m playing in a living room or a folk club it’s that sort of listening environment where you have time to tell stories and the songs have space to work and people are there to hear them,” he said.
Performing for Beneath the Arch was on Cook’s bucket list. He said he learned of Beneath the Arch in his early days while playing in bars.
“It’s a great thing that Suzanne (Searle, the concert serie's selections chair) has got going there,” he said. “She developed quite a following over the years - people really trust her judgment, trust her taste. There’s a pretty amazing list of past performers that she’s had.”
The American-born musician, who has travelled the world, has plenty of stories to share with his audiences. In Turner Valley he’ll be backed my Melissa Walker playing upright bass and Bram Wellpark on banjo and mandolin.
“We do three part harmonies and tell stories,” he said. “They’re stories from my life and the lives of people I know.”
At every concert, Cook sings one of his favourites, Pass it Along, which became one of his biggest hits.
“It’s the song of mine that’s grown the most legs,” he said. “It’s gone out to places in the world that I haven’t been. A lot of other people sing it and put it on albums. It seems to have a life beyond me, which is pretty cool as a songwriter.”
Sharing songs between songwriters is something Cook values, and has been known to do the same at his concerts.
“I usually play one or two songs by my friends because I think I’ve met some of the best songwriters alive and most people haven’t heard their songs,” he said.

“If the radio isn’t carrying their songs around I feel like it’s on us singers to do it manually.”
Cook said he spent his summer touring Canada and performing in the northeastern states. He will head to Australia in late September before venturing back to Taiwan and New Zealand.
“I’ve been too busy to do much songwriting but I’m working on an album we recorded in Australia in the spring,” he said. “I’m just working on writing a book for that. All of my albums come with books.”
Cook said he expects the album, Tango of Souls, to be released in March 2021, making it his seventh.
Tickets to see The Second Chances perform cost $25 in advance or $30 at the door and $10 for children ages six to 12. Tickets can be purchased at Bluerock Gallery in Black Diamond or online at beneaththearch.ca.
For more information go to beneaththearch.ca