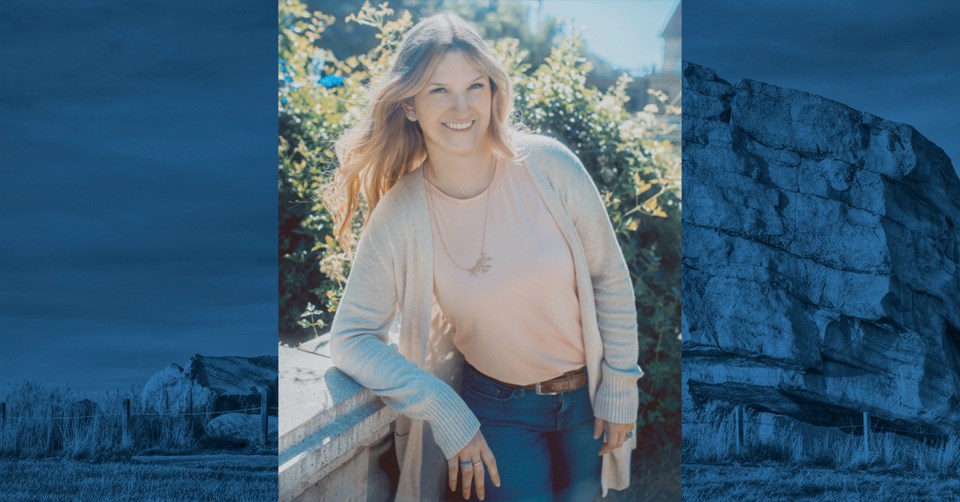 Okotoks singer Nicole Farmer will perform some original materials as well as some covers as she entertains through the RPAC@home series on March 31. (Photo courtesy of Nicole Farmer)

It might be two weeks after St. Patrick's Day, but an Okotoks singer is feeling lucky to performing in her home town.

Okotoks' Nicole Farmer will be performing for the RPAC@Home concert series on Wednesday, March 31.

Having reached out to the Rotary Performing Arts Centre before Christmas, Farmer said she believes she has "lucked into" this opportunity.

"I'm a little nervous, but I'm excited," said Farmer. "I have seen a few that have happened already … and I felt that that's a great way to connect more with the Okotoks crowd."

Those viewing the performance should expect covers of songs by artists such as Regina Spektor, Alison Krauss and Elvis Presley, as well as her original music.

"Kind of a variety of genres of songs I'm going to cover, some of them are kind of oldies, which is closer to country. A little bit all over the place."

In addition to the covers, Farmer intends to share her single, Never Loved Before, as well as several of her other pieces, some of which have not been released yet.

Many of these songs were written within the past few months, Farmer said, though one was started several years ago and only recently finished.

Farmer graduated from Foothills Composite High School in 2011, where she was part of the school choir and vocal jazz, as well as the lead understudy in the Mainstage production of West Side Story.

She considers the variety of live musicians that performed at the Tribal Connections Market to be one of her greatest inspirations, as well as the success of fellow Okotoks musician Michela Sheedy, who is "obviously a good influence" for aspiring artists in the community.

"I think it's inspiring living somewhere like Okotoks," said Farmer. "We're not a small town but we're a lot more cozy than living in Calgary, and (it feels like) you've got more ability to be noticed, and like people actually care."

Outside of Okotoks, Farmer cites her inspirations in live music she's seen in Calgary, as well as Edmonton and Vancouver.

"I honestly am inspired by so many different genres. Any time I see a live performance, I feel like that really gives me that sort of excited feeling, and inspiration that I want to get out there and do that as well."

Seeing how much other artists push themselves has been a significant factor in Farmer's decision to get back into her music career, after she had focused on other pursuits for the past few years, such as her nutrition certificate and a diploma in business administration.

Farmer would label her music in the singer/songwriter genre, especially because she has focused on vocals and piano in her recorded songs.

She's looking forward to playing in her hometown.

"I'm generally just really looking forward to the RPAC performance, and I want to say thank you in advance to anyone who watches that, and to the Town of Okotoks for having me," said Farmer.

The concert will be live-streamed at 7 p.m. via the Town of Okotoks YouTube channel