Two Winnipeg artists who combined their musical talents under unusual circumstances five years ago are now a force to be reckoned with.
0
Oct 18, 2017 12:00 AM By: Tammy Rollie 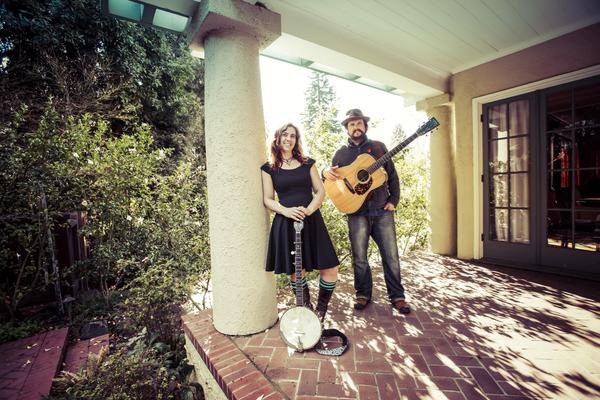 The Small Glories are heading west for the Beneath the Arch Concert Series at the Flare &#8216;n&#8217; Derrick Community Hall in Turner Valley on Oct. 21 at 7 p.m.

Two Winnipeg artists who combined their musical talents under unusual circumstances five years ago are now a force to be reckoned with.

Folk musician Cara Luft and rocker JD Edwards’ tight harmonies and talent on the banjo and guitar are captivating audiences around the world as The Small Glories.

“We both bring strengths that the other doesn’t have,” said Luft. “It’s a real pleasure to sing with someone that is as good a singer or better, and I think JD would say the same about me. We are really challenging the other person to be the best they can be. I don’t think there’s a dull moment.”

Despite both being regular performers in the ‘Peg music scene, the veteran singer/songwriters didn’t officially meet until they were paired together during the city’s West End Cultural Centre’s 25th anniversary show five years ago, recalls Luft.

“The artistic director thought it would be a really great show if Manitoba artists collaborated with other Manitoba artists,” she said. “He tried pairings that were unusual or unique with people of different genres.”

Despite not having heard each other perform, Luft and Edwards had six weeks to learn two songs written by other Manitoba artists and quickly hit it off.

“It was pretty immediate that we realized our voices blended incredibly well,” she said.

“At the concert, out of all the pairings ours seemed to be the most natural fit in terms of sound.”

A year later, Luft invited Edwards to join her on the road for six months during a solo tour.

“The feedback was so spectacular that we decided to become a duo,” she said.

The Small Glories are making their way west with a show for the Beneath the Arch Concert Series at the Flare ‘n’ Derrick Community Hall in Turner Valley on Oct. 21 at 7 p.m.

Having just wrapped up a song-writing seminar for the Celtic Colours festival on Cape Breton Island last week,

The Small Glories have some new songs to try out on their Turner Valley audience.

“We were holed up for a week with four other songwriters from across Canada,” she said. “We just wrapped up writing a bunch of songs.”

The Foothills crowd will be the first to hear the songs performed outside of the festival.

“The Turner Valley audience will hear songs that we’ve played for a while that are super tight and we can treat them to these new ones,” she said.

One song is in honour of Winnipeg while another is a love song about Alberta, where Luft was born and raised.

“It’s a love song about, instead of falling in love with a woman or a man, you fall in love with Alberta,” she said.

In addition to their fresh songs, The Small Glories will perform those from their 2016 debut album Wondrous Traveler, which focuses on the theme of home with songs about the physicality of home, what home means and finding home with the people you’re with.

“We are both gone from home so much,” said Luft. “I’ve been without a permanent residence for five years. It’s about creating community where you are and how important that is.”

The Small Glories will also treat the audience to some cover tunes.

“We are big believers when you hear a well-written song it needs to be shared with others, even if we didn’t write it,” said Luft.

The Small Glories has a busy fall.

After travelling North Carolina, the Maritimes and Alberta, the duo will head to Ontario and Australia.

To learn more about Luft and Edwards go to thesmallglories.com

Tickets to see the duo perform cost $25 for adults and $10 for children ages 6-12 and can be purchased at Bluerock Gallery in Black Diamond, at beneaththearch.ca or at the door for $30 each if seating is available.