Dancer hopes to reach the stars 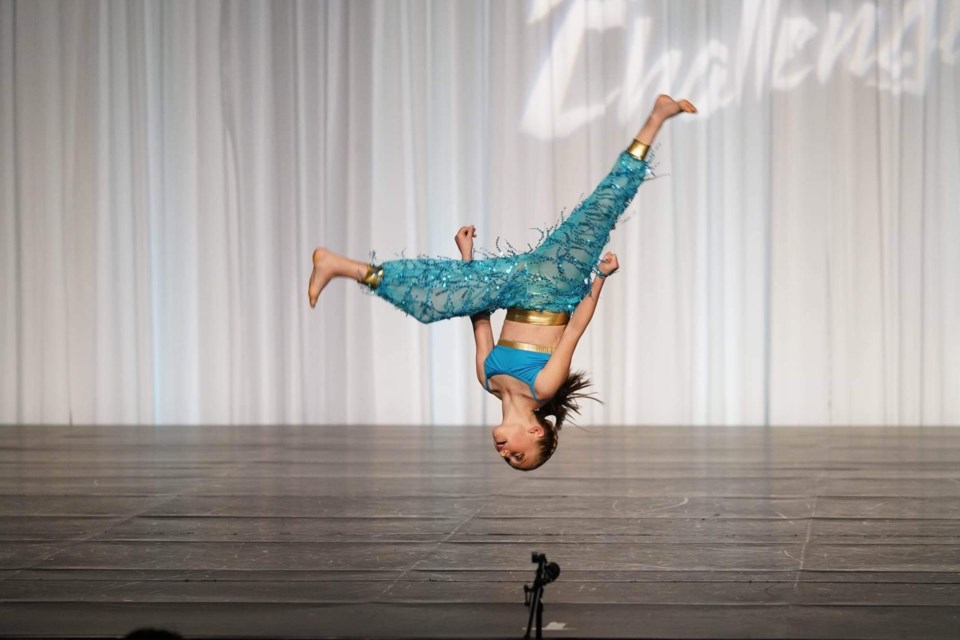 The Dyck family in Turner Valley is looking for the community’s help to raise the thousands of dollars needed to enroll their daughter Grace-Lynn in the Be Discovered Disney Dance Intensive program in December. (Photo Submitted)

Financial barriers won’t stand in the way of a young dancer who’s been given the chance of a lifetime.

After receiving a scholarship to attend a week-long intensive dance program in California, the family of Grace-Lynn Dyck is looking to their community to help raise the remaining funds needed to get the young dancer learning from top choreographers, dancing in two parades and participating in a professional photo shoot and make-up tutorials in the Be Discovered Disney Dance Intensive program in December.

The 11-year-old was awarded the $2,000 U.S. scholarship in April by adjudicators who saw her potential during a dance competition in Brooks.

“I’m very excited because dance is like my favourite thing to do,” said Grace-Lynn. “It will be my first time that I get to leave Canada to do something really cool. Actually, it’s my first time leaving Canada ever.”

Grace-Lynn says the experience will propel her to reach her goal of opening her own studio. She’s been in dance for four years with experience in hip-hop, ballet, lyrical and jazz.

“When I’m older I want to run my own dance studio with my friends,” she said. “I already have helped with my little sister’s classes. I love helping them and teaching them. I want to get better at what I do and come back and be stronger and compete at higher levels.”

Mom Lindsay Dyck said when she learned the scholarship only covered part of the program costs, and not accommodations, travel or food, she had a serious conversation with her daughter.

“We are a low income family,” she explained. “We sat her down and we’re like, ‘If it’s something you want to do we will support you, but you have to understand how hard you have to work to raise that money.’”

The family has been busy organizing bottle drives, a fundraising dance recital, bake sales and other fundraisers to allow Grace-Lynn this rare opportunity.

“She’s been told she’s gifted by lots of her teachers so any way I can support her I’m going to do it,” Lindsay said. “I’m so excited that she has been recognized to do that. It’s not something we would be able to provide for her at this point in my life.”

Lindsay said the only way the family can afford to have her daughters in dance is by cleaning the dance studio.

It’s a similar situation for her sons. They’re able to play hockey and soccer because her husband is a coach.

“We always strive to encourage our kids in what they do,” she said.

Next month, the Dycks are hosting a Captain Hook themed escape room at the Sheep River Library, inviting groups of four to eight people to spend an hour attempting to escape July 5 and 6 from 10 a.m. to 5 p.m. The cost is $10 per person.

Within weeks, the Dyck family must raise $5,350 to cover the remaining cost of the dance intensive program, plus $1,250 for her daughter’s chaperone, which is required.

“We’re trying to focus on getting the money for the program to register her and then after that we’ll have to figure out how to get there and pay for the hotel,” said Lindsay.

Just in the past year in dance, Lindsay said Grace-Lynn has really flourished.

“We watched a video of her at the beginning of the year at a competition and we were blown away by how far she’s come,” she said.

“She's very flexible and her star quality when she's on stage is amazing,” she said. “She knows how to perform for an audience. Her technique has gotten a lot better.”

Knopp said having the chance to perform in the Disneyland parade, on stage and taking master classes with high-calibre choreographers in the businesses is a pretty unique opportunity.

“I'm hoping that she can grow from it, get a new perspective in dance and branch out,” she said. “She’s a fantastic student and I love having her in my class.”

To learn about further fundraisers for Grace-Lynn, follow her on Facebook at GL’s Disney Dance Intensive Fundraiser.