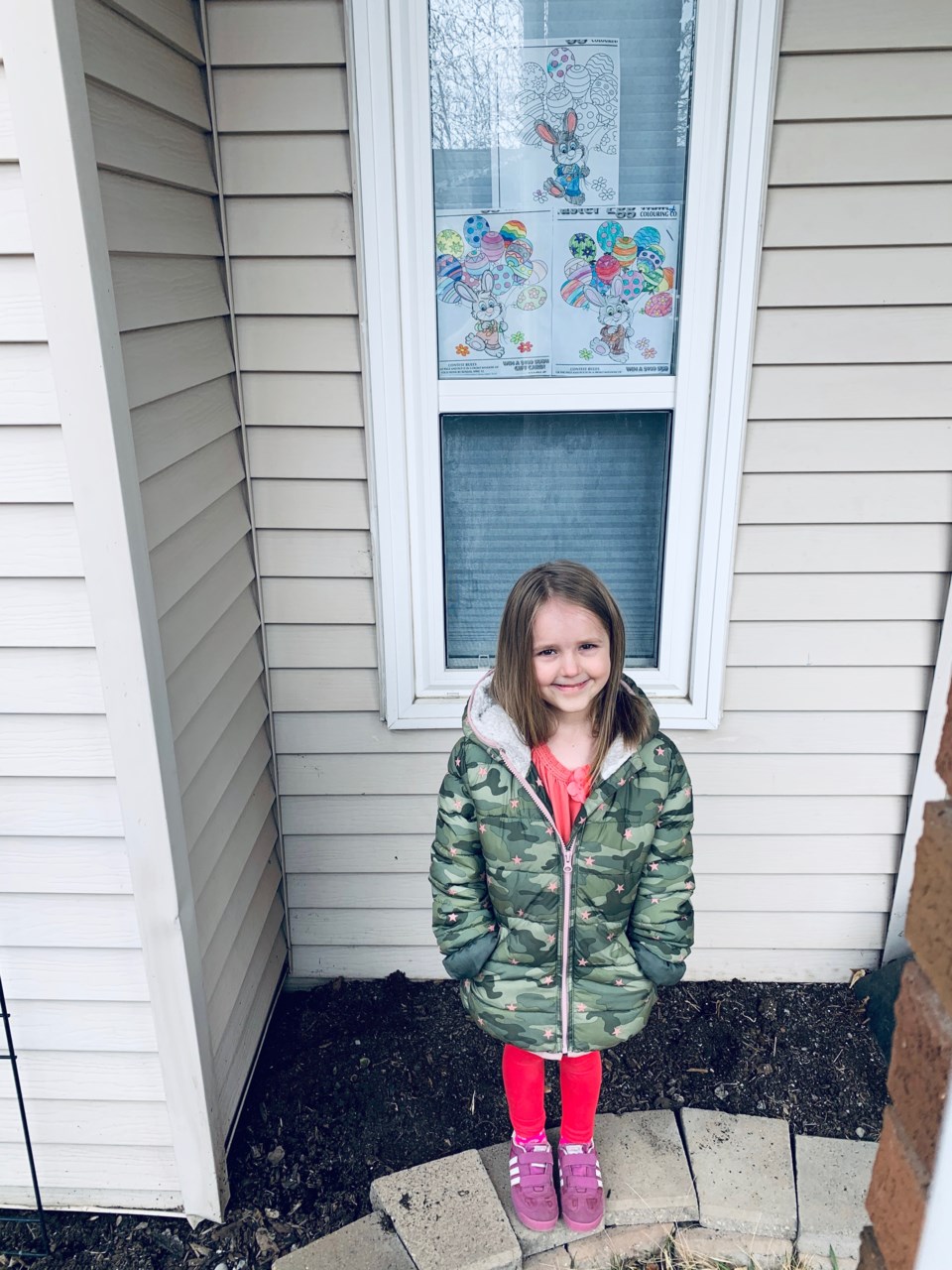 An Easter stroll combined with a five-year-old girl's sharp-eye will have her family feasting on sandwiches and other treats for a while.

Scarlett Unger, 5, spotted some tasty art when she and her family walked around Okotoks during the Easter break. Her efforts was rewarded with a $100 gift certificate from the Subway on Big Rock Lane as she won the Western Wheel Easter Egg Hunt colouring contest.

"We walked around the town the other day and saw seven pictures in other people's windows," said Scarlett's mom Camille Lawlor. "Thank you for putting this in the paper to give the kids something fun to do."

The family also used their artistic hands during the Easter break.

There were three bunnies with balloons in the family's front window, drawn by Scarlett, and older siblings Carter, 11 and Abigail, 13.

It was all part of helping families get out and have some fun, during these physical-distancing days.

"Kids don’t get the chance to get out, they don’t get to go out for dinner or maybe have an Easter Egg hunt,” said Western Wheel publisher Shaun Jessome, prior to Easter.

Scarlett's name was selected in a random draw among the 42 entries.