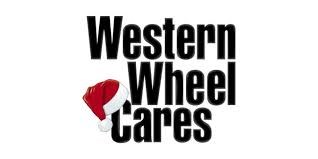 Eight local charities will benefit from the generosity of their community this Christmas season.

Western Wheel publisher Shaun Jessome said the number of recipients was reduced from 10 to eight this year to make a greater impact on each organization.

“We feel we can make a greater contribution to the individual charities,” said Jessome. “If it gets too large, there’s a finite amount of money and so the amount each group gets is less.”

It won’t take that much to reach a huge milestone for the campaign.

Western Wheel Cares campaign co-ordinator Gayle Wolf said the total raised over eight years will climb over the $300,000 mark. In 2018, the total over seven years was $297,500, she said.

She said the best part of Wheel Cares is all the money goes directly to the charity recipients.

“There’s no overhead, we cover all the costs,” said Wolf.

Jessome said going over $300,000 in eight years is “incredible.” What began as a small campaign to raise a little money and give back has grown exponentially since it started, he said.

He added it’s a great way for people to donate to a number of different charities at once, because one gift is added to a pot to be distributed among a number of deserving groups serving the Foothills.

“For us to do it, for us to make this available, it’s because we’re part of this community,” said Jessome. “So anything we can do to help the community help itself, that’s our mandate. That’s our job.”

Donations of $10 or more will receive a 2019 official tax receipt at the end of the campaign.

For more information call the Western Wheel office Monday to Friday from 9 a.m. to 5 p.m. at 403-938-6397 or email Gayle Wolf at gwolf@okotoks.greatwest.ca.