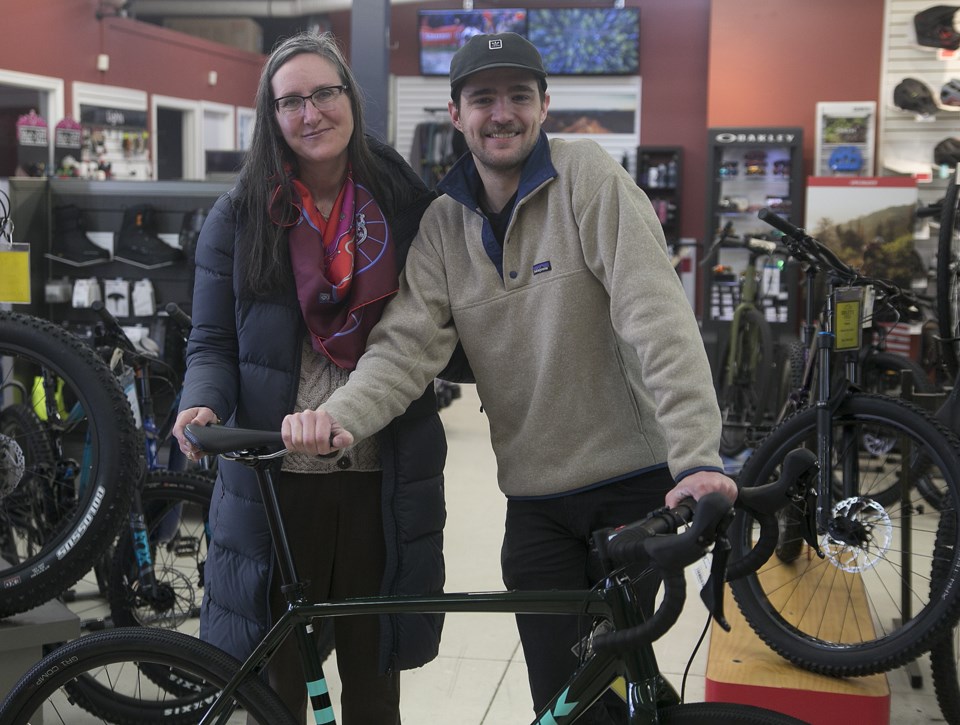 It takes a lot of energy to road bike.

The Highwood Cycling Club, along with Ridley's Cycle Okotoks, helped fuel the community by donating $1,600 to the Okotoks Food Bank on Dec. 11.

The funds were raised by putting plenty of kilometres in the Foothills, and then maybe a pint or a snack or two afterwards.

Once a month during the cycling season, after one of their rides the members would hold a pub night — with all the proper licences — hosted at Ridley's Cycle, the club's home base.

The proceeds from those pub nights, approximately $800, went to the food bank. That amount was matched by Ridley's Cycle.