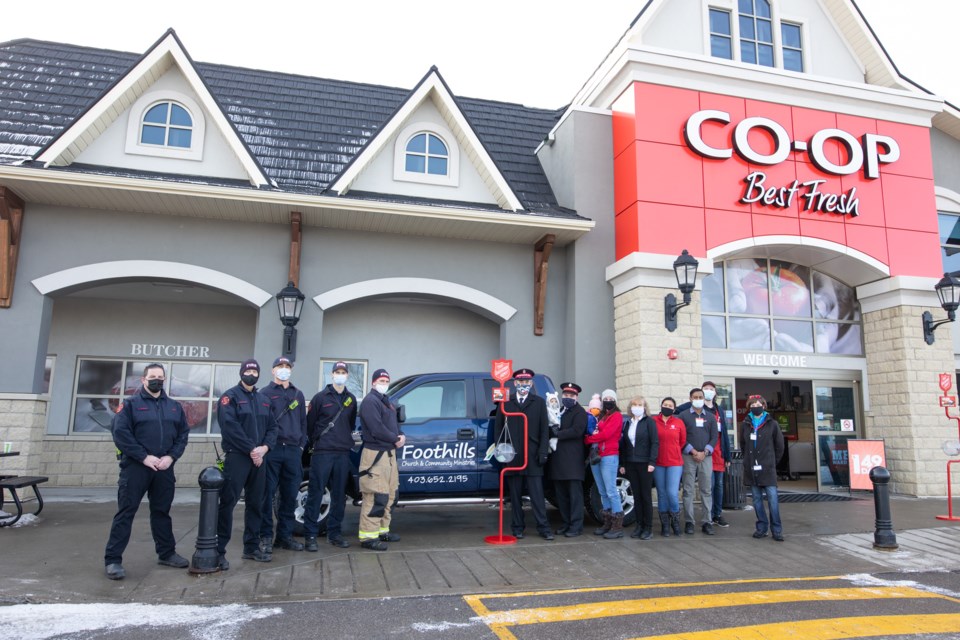 However, it won't mute the spirit of the campaign as Okotoks and area residents will still have the opportunity to donate despite kettles not being manned by volunteers effective 8 p.m. Dec. 12.

“Since the beginning of our campaign this year, the safety of our volunteers and donors has always been our first priority,” said Salvation Army Major Al Hoeft in a prepared statement. “In response to the increasing cases and the recent safety protections by the province and Alberta Health Services, we will no longer have volunteers ringing the bells at our kettles in Alberta.”

The kettles will shut down in Okotoks and High River at the end of the volunteer shifts on Dec. 12 at respective stores in the community.  The funds go towards helping in the Foothills Salvation Army area, which serves High River, Okotoks and the Foothills.

At present there are Salvation Army kettles at Sobeys, Walmart and Costco in Okotoks. In High River, the kettles are located at No Frills, Sobeys and Co-op.

The early ending of the kettles comes just before Christmas – in past years some of the biggest days for collections.

But there is plenty of opportunity to give.

Tiptap touchless donation stations are expected to be at all the Foothills stores participating. Donations of $5 with each tap can be made, with up to 10 taps.

Online donations can be made at fillthekettle.com and follow the link to Foothills Salvation Army.

Cheques can also be dropped off at the Salvation Army Thrift Store.

For information about donating to the Foothills Salvation Army call Krista at 403-922-7162.