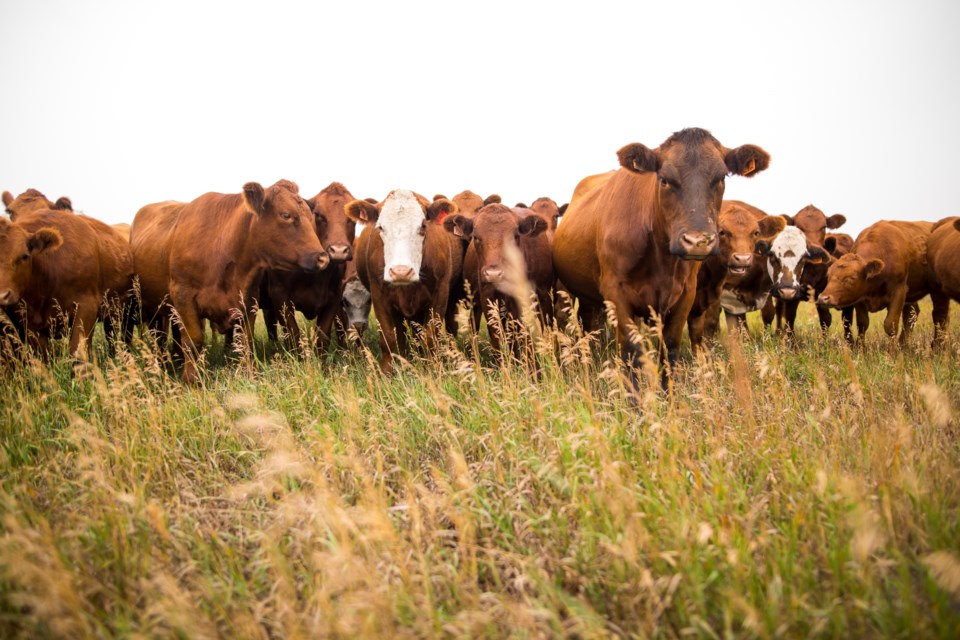 China has placed a ban on Canadian meat due to concerns of alleged forged certification. (File photo Brent Calver/Western Wheel)

An organization representing ranchers is taking a wait-and-see attitude towards China’s block on Canadian meat.

“We are still waiting to hear – there is a lot of speculation, it is a little bit tough to come up with any kind of guidance until we know what the situation is,” said David Moss, general manager for the Canadian Cattlemen’s Association.  “It’s a holding pattern right now is what we are sitting on.”

The ban on Canadian meat on was a result of forged veterinary health certificates linked to pork products exported to China, according to a statement from the Chinese embassy.

“These forged certificates were sent to the Chinese regulatory authorities through Canadian official certificate notification channel, which reflects that the Canadian meat export supervision system exists obvious safety loopholes,” the embassy’s press release stated. “In order to protect the safety of Chinese consumers, China has taken urgent preventive measures and requested the Canadian government to suspend the issuance of certificates for meat exported to China since June 25.”

Moss agreed the false certificates are a concern.

“What we do understand is there were forged documents,” said Moss, who lives in the Okotoks area. “What we don’t know is whether they were based in Canada and sent to China or were in China and forged and placed over there.

“We don’t have that clarity.”

He stressed the association wants to have the issue of forged certification solved.

RCMP has been called into investigate the situation. The Canadian Food Inspection Agency is also involved in the matter.

The meat ban comes on the heels of China not accepting Canada’s canola.

There is speculation China’s refusal to accept some Canadian products is linked to the December 2018 arrest of Huawei executive Meng Wanzhou at the request of the Americans. She is facing extradition to the United States.

Since that time China has arrested two Canadians and increased the sentence of Robert Schellenberg to death from 15 years in jail for drug smuggling.

Moss would not comment to if the arrest of Wanzhou and the ban on meat is linked.

“It’s a little bit higher on a percentage point this year,” Moss said. “They have had tremendous growth in terms of our first quarter in exports to China.”

Moss said Canada has a strong trade relationship with Japan, thanks in part to the Comprehensive and Progressive Agreement for Trans-Pacific Partnership.

“It has helped with offsetting some of the stress that China would have likely created in terms of our export market opportunities,” Moss said. “We are 100 per cent good with Japan.”