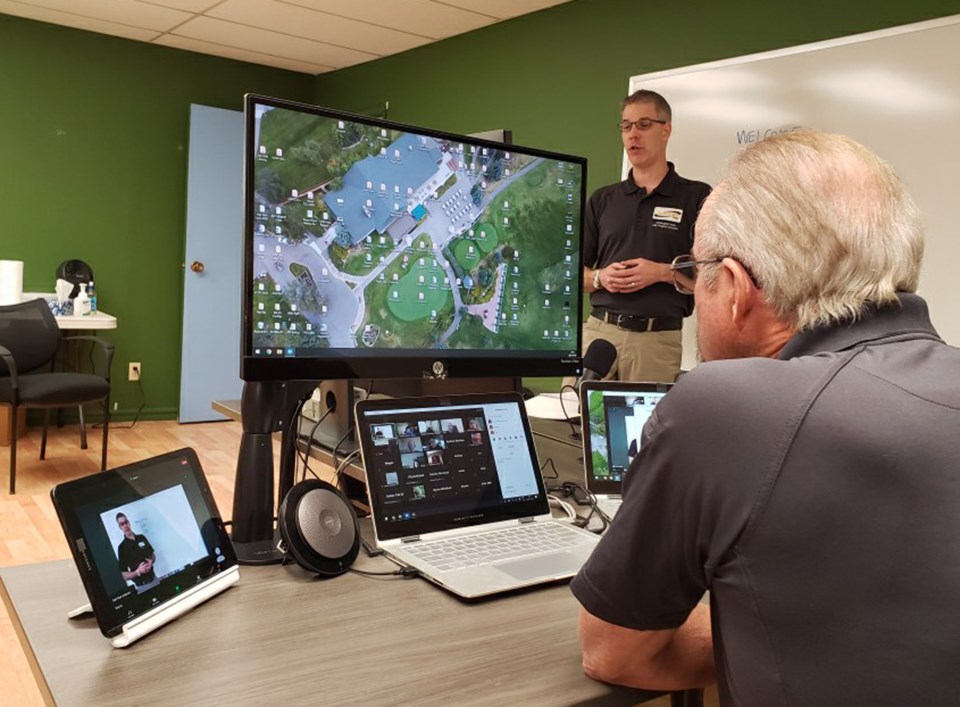 The Okotoks Air Ranch Airport has got a new tenant as it continues to take off and grow.

In-Flight Data, previously ran as a home-based operation, has moved into a 2,000 sq. foot facility at the airport.

“For us it’s means an expansion of our operation and our scope, we can attract more customers and grow our business,” said Chris Healy, In-Flight Data founder and CEO.

In-Flight Data specializes in Remotely Piloted Aircraft Systems (RPAS). Its drones assist in fields ranging from agriculture to search and rescue to assisting with wild fires.

Healy said In-Flight Data may be the first drone operation to be based out of an airport in Canada, However, he added there are drone operators who do operate out of airports.

“This legitimizes us as aviation stakeholders,” Healy said. “I am not aware of any other drone company in Canada at an airport. There are airports that are using drones to do inspections, but there are no drone companies that have their offices at an airport.

“This is going to allow us to work side by side with Tim (Tim Ulmer, Okotoks Air Park manager) to work manned and unmanned operations side-by-side together."

In-Flight Data’s expansion to the Okotoks airport will include RPAS training— enhancing the education opportunities at the facility, Ulmer said.

“The Okotoks airport has really been trying to pursue a strategy as an aviation education campus,” Ulmer said. “We have the fixed-wing flying school (Calgary-Okotoks Flying School), we have the helicopter flying school and now with In-Flight data and their offering of training of drone pilots, it is a natural expansion.

“It’s the fixed-wing pilots, helicopter and drone people all learning to co-operate and get along.”

As well, Access Helicopters, operates out of the Air Ranch airport.

At present, In-Flight Data is offering courses online and at the airport under COVID-19 protocols. Most of the lessons are outside.

In-Flight Data has signed an agreement to help train Alberta search and rescue organizations through the Internet from its airport facility.

“It (being at the airport) allows us to grow our business in ways we couldn’t have if we weren’t here,” Healy said.

In-Flight Data received a one-year licence from Transport Canada earlier this year to fly drones day or night, fly over 400 feet above ground and well beyond the sight of the operator.