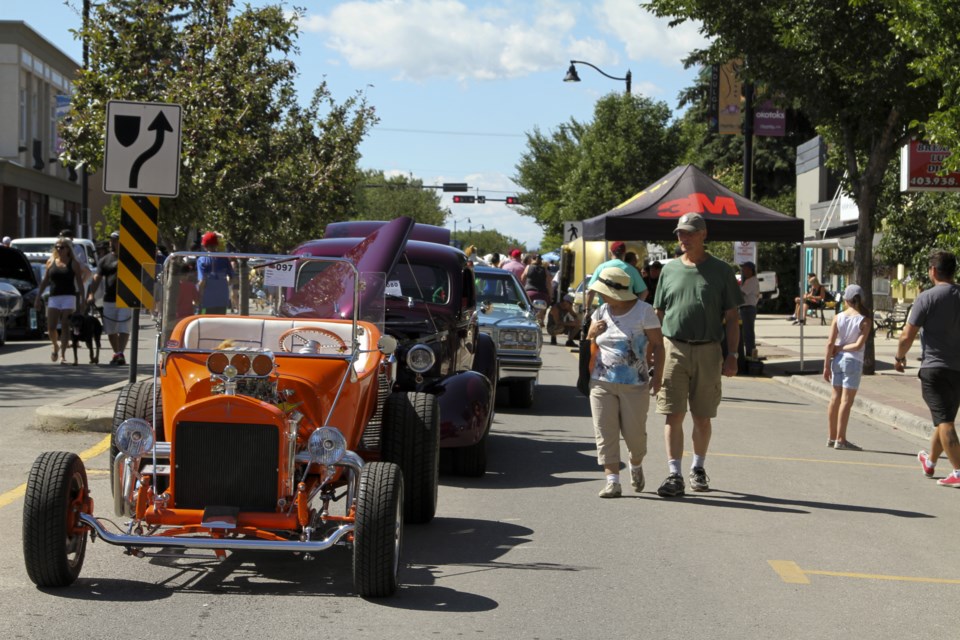 The Kinsmen Show & Shine was voted in third place for best community event in this year's Best of the Foothills awards. (Wheel file photo)

Car lovers have made an annual event one of Okotoks’ favourites.

The Okotoks Kinsmen Show & Shine, usually held in August each year, was the recipient of the Bronze award for Best of the Foothills in 2020, behind Light Up Okotoks (Gold) and the Okotoks Parade (Silver).

“We feel great about this, it really confirms that you’re doing something important for the community,” said Okotoks Kinsmen member Blair Davies, who has organized the event for the last few years.

The Kinsmen have been hosting the Show & Shine for four years, after the event was held in the parking lot of Foothills Composite High School by one of their members for several years.

Davies said the success and popularity of the event goes beyond the club.

“This is a full community event in regards to the success,” he said. “This is a success for the community, just like the other Town events that take place – Light Up Okotoks, Chili Fest, all of these things are good community events to build a stronger community.”

The event was cancelled for 2020 due to COVID-19 restrictions but Davies said plans are already in the works for next year. They’re looking at making it bigger and better than ever, and possibly expanding onto Elma Street to make room for more cars.

So have the fundraising efforts. With help from sponsors, entrant fees of $25 each and community support, the Show & Shine is able to donate thousands of dollars to charities in need each year. The amount for 2020 was anticipated to be close to $25,000, he said.

“The Kinsmen donate all the money they raise back to the community,” said Davies.