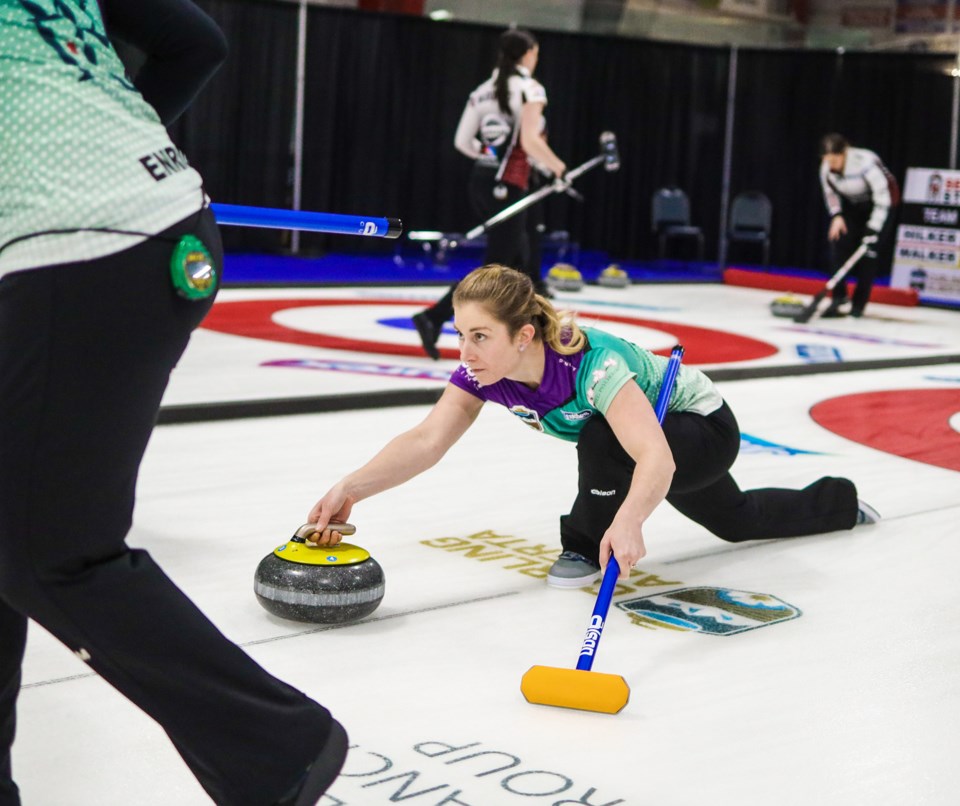 A lot can change in a matter of hours at the Alberta Scotties.

Once the only winless team in the competition, Team Kaufman rattled off three straight victories to clinch the fourth and final playoff berth in the 2020 Sentinel Storage Alberta Scotties Tournament of Hearts after a 10-7 win over St. Albert's Krysta Hilker in the seventh and final round-robin draw Saturday morning at Okotoks' Murray Arena.

"We never thought we would get straight through to the playoffs, we thought maybe we have a shot at tiebreakers if we kept playing well," said skip Nicky Kaufman. "It's amazing how it worked out in the end."

Team Kaufman had three in the third end and had a key measurement go its way for a triple in the eighth end to edge out Hilker, who had already qualified for the playoff round by virtue of its four wins.

"We started to stick to our gameplan and play smart and capitalize when we could on any opportunities," Kaufman said. "We just didn't think about the end result and went one shot at a time."

"We're playing with a lot of confidence right now," Kaufman said. "We just have to keep doing what we're doing."

Walker finished round-robin with a perfect 7-0 record following an 7-6 victory over Calgary's Kayla Skrlik rink, locking down the top seed.

Rocque outlasted Casey Scheidegger 7-6 in a cagey contest, ensuring the Lethbridge team finished out of the playoff picture with a 2-5 record.

In other action, the Jodi Vaughan rink out of Lethbridge battled to a convincing 12-2 victory over Lacombe's Marla Sherrer to see both teams finish round-robin at 2-5. Vaughan had a four-ender in the third and closed out the match with five in the sixth end.

For the latest on the 2020 Sentinel Storage Alberta Scotties Tournament of Hearts go to https://www.okotokstoday.ca/2020-alberta-scotties